Behind Prince Edward County High School is an untouched forested area abound with natural beauty — a perfect place for hosting the school’s new outdoor education center should the county school board approve the proposal, according to Janet Green, a PECHS health and physical education teacher.

At the school board’s monthly meeting last Wednesday, the board progressed in its discussions regarding the center. According to Green, it was decided to resume the discussion at the board’s July meeting, when Barbara Johnson will have taken over as school superintendent, succeeding current Superintendent David Smith.

Green said she hopes to speak to Johnson about the proposal prior to next month’s meeting.

“My guess is the board will design a committee to address some of the concerns of the insurance company such as who will be in charge, who will maintain the facility, where is the money coming from, etcetera,” said Green. She believes it will take until at least August to finalize the plans for the center.

“Ultimately, I think it will pass,” she added.

Green originally presented the idea in November, when Smith acknowledged the merits of the project but believed more research was required for the board to make a decision.

Since November, the school board has reached out to VACORP, an insurance provider widely used by public schools, about the potential risks involved with all of the proposed aspects of the center. Green’s original proposal included a bike trail, a nature trail, team-building areas and camping sites.

VACORP’s Risk Control Services Manager Jim McClellan responded with a letter to Smith on May 13, publicly released, detailing the potential risks and liability the school may take on with the project. 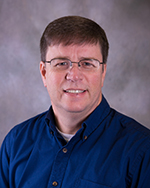 “I think many individuals, including myself, like the idea of the outdoor education center, but it does raise some questions that Prince Edward Schools needs to address before moving forward,” wrote McClellan.

Among the extensive list of risk factors, McClellan noted safety risks with the team-building exercises, the bike trail and building structures, as well as the financial cost for developing the center and ongoing maintenance. He also discussed the need for adequate staffing and supervision of students while performing activities or camping, creating waivers for parents and constructing fences to discourage “unsanctioned use,” due to the closeness of the county’s park to where the trails may be.

McClellan ended his letter by acknowledging the upcoming change in leadership, offering his services to Johnson.

The VACORP manager stated, “Should your successor need additional assistance, please let them know that we are here to provide assistance as needed.”