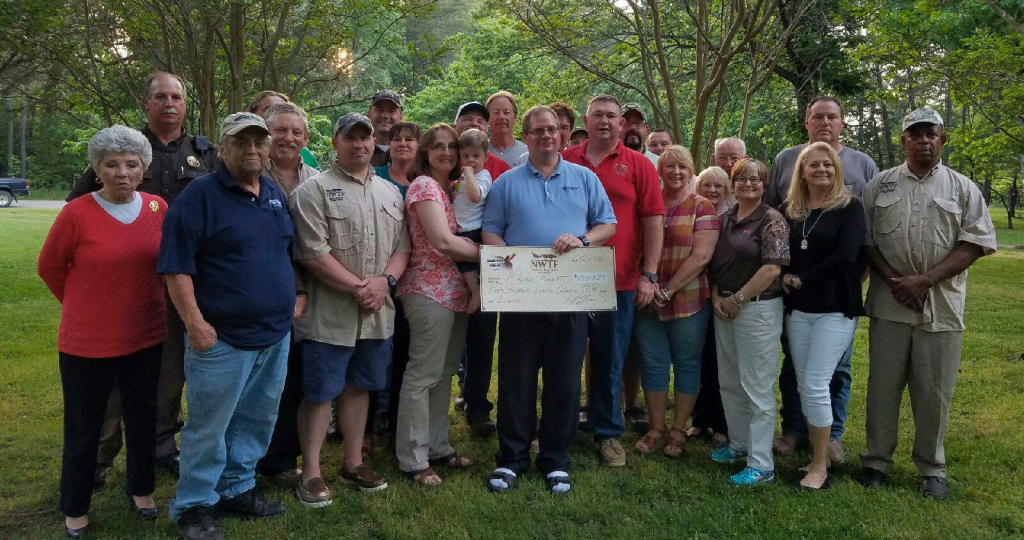 Over 400 outdoor enthusiasts attended the banquet. Each year, the chapter selects a child who has been diagnosed with an illness to raise monies to assist the family. The funds help cover medical expenses and other costs the family may endure.

This year’s recipient is Mathew Barnett.

Mathew is the 22-month-old son of Michael and Crystal Barnett, of Farmville. When Matthew was 3-months-old, he was diagnosed with Williams Syndrome. This is a genetic developmental disorder that affects 1 in 10,000 people. There are major struggles that accompany individuals diagnosed with Williams Syndrome. Many babies have life-threatening cardiovascular problems, Hypercalcemia (elevated blood calcium levels) and feeding problems. Other concerns include, dental and kidney abnormalities, hernias, musculoskeletal problems, developmental delays and learning disabilities. Children with Williams Syndrome need costly and ongoing medical care and early interventions that may not be covered by insurance or state funding.

In Mathew’s first two years he has faced a number of problems common with his disorder. He has undergone two eye surgeries, one ear surgery, a complicated urology procedure, swallow studies and numerous hospitalizations for dangerously elevated blood calcium and liver enzyme levels.

He is adored by his parents and his two older brothers, Christopher and Martin.

During this year’s event the High Bridge Strutters were able to raise $40,019.23 in donations in less than 30 minutes.

Andy Ellington, president of High Bridge Strutters, said, “Our committee is overwhelmed with joy to say the least. We would like to personally thank the men and women who attended this year’s event and gave so graciously to this little fellow. We also want to thank those contributors and many donors who are too numerous to name, who learned of our efforts to raise money and gave to our cause, even though they were unable to attend our banquet. I also want to thank Jimmy Carwile, owner/auctioneer with Carwile Auctions, for making this reality come true. He does such an awesome job as our auctioneer year after year.”