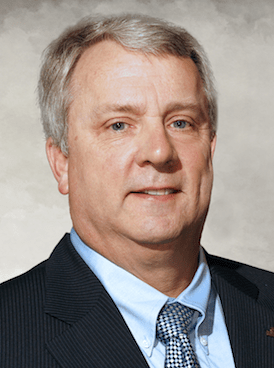 Benchmark Community Bank has named Jay A. Stafford president of the bank. According to a press release, the official appointment was made by the board of directors at its meeting on May 19.

Stafford’s promotion follows his progression from executive vice president, a position he had held since last fall. Former President Mike Walker is retaining the title of chief executive officer.

In his role as executive vice president, Stafford has been responsible for a majority of the customer-facing operations of the bank including retail banking and the branch network, the business banking program and the secondary mortgage operation.

As president, he will continue in this role while broadening his institutional responsibilities, expanding his involvement in the decision-making process for the overall operation of the bank.

Working with Walker, Stafford will be involved with both the short and long-term planning, impacting the future development of the bank.

Asked about the change of command, Walker said, “The naming of a new president to follow me is part of a succession planning process that was initiated in 2013 by the board of directors. A good succession plan, I believe, centers on a gradual transition to a new top executive officer and that’s what we are doing. This approach should ensure Benchmark’s continued success, which is of utmost importance to me as it has been the focus of my professional life for almost 42 years.”

He continued, “I am confident that Jay Stafford is the right person to assume the role of Benchmark’s president. That confidence comes from working with him for 28 years. I couldn’t have asked for a better relationship. Together, we have seen the bank evolve from a $30 million, two-office operation in Lunenburg County to a $500 million organization with a significant footprint — 14 offices serving both Southern Virginia and Northern North Carolina.”

“Jay and I will continue to work together to lead Benchmark Community Bank into the future,” Walker said.

Stafford joined Benchmark in 1988 as a business development officer. In 1989, he became a branch manager, a position he held until 1998 when he was promoted to regional manager and given the responsibility of overseeing multiple branches of the bank. In 2003, he was promoted to vice president/branch administrator, and given the responsibility of overseeing all of the bank’s branches.