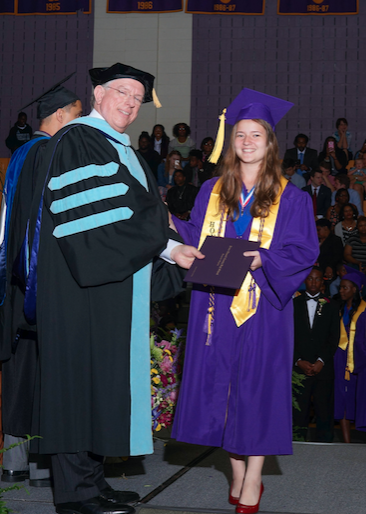 The $500 scholarship was in honor of Smith for being named 2016 Regional Superintendent of the Year.

Smith presented the award to Smalley at the annual Senior Showcase at PECHS on May 19.

Smalley is the daughter of Melanie Swanson and Scott Smalley, of Farmville.

She plans to attend Longwood University.

While at PECHS, she was manager for the volleyball team and the tennis team.

She also participated in Scholastic Bowl and National Honor Society.

She received a Certificate of Participation from Governor’s School.