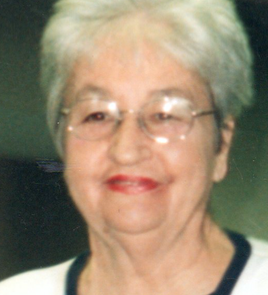 A fixture of the Buckingham community — one who often walked the concrete floors of her store greeting customers helping them find seeds, bolts and bailing twine — died Friday.

Shirley Ripley Seay, 83, was an owner of Seay Milling and Machinery Co., located on Main Street in Dillwyn — a business that’s been in operation for over 100 years in Buckingham.

After graduating from high school, Mrs. Seay was asked to help serve as secretary at Seay Milling by her husband, Abner, after working at the high school following graduation.

“Shirley remained at the store for over 50 years, when she, Abner and Buddy (Abner’s brother), guided a very successful local business,” her obituary stated. “Seay Milling and Machinery Company was founded in 1909 and affiliated with Southern States since 1935. It was a major part of Shirley’s life and she was available 24/7 for everyone in the community. Seay Milling was well-known for the country hams that were cooked daily.”

Debbie Bersch worked with Mrs. Seay, along with Abner and Buddy, for 40 years, starting her career right after she graduated from high school.

“Shirley was remarkable. She was a go-getter,” Bersch said. “I was just telling somebody this morning that I don’t know how many miles she has put on her feet going around these floors and on this lot and back and forth from the mill and behind the building. She was all over the place.”

She always told Bersch and her employees to “look after the customers. And … they cared about people and they wanted people waited on. She spoke to everybody who came in, because, most of the time, she was out there on the floor when they came in.”

Bersch said Mrs. Seay “walked her feet off almost” outside and inside the store.

One of Bersch’s favorite things about Mrs. Seay was her sharp mind.

“She was a very good businesswoman. Her mind was just so sharp. She loved working with seeds. She could tell people how to do, you know, how many pound per acre they needed to do and with the best seeds. …”

She also knew about cows and gardening, Bersch said.

“She always did for other people,” said Roma Morris, Mrs. Seay’s niece. “People would call her on Sundays and say, ‘Hey, Shirley, I need something at the store today to fix my pump or fix something at home,’ and she would leave whatever she was doing to go help them out.”

“She looked out more after other people than she did herself,” Morris said. “She was always thinking of others. I know so many times she’d get things for other people that nobody ever knew about. She didn’t talk about it either. She knew there were needs and she took care of it very quietly.”

On Sundays, Mrs. Seay went to church, taking a break from the six-day work week at Seay Milling.

“Back during the ice storm of 1994, virtually all of Buckingham was out of power. Luckily, for most of us, Seay Milling was about the only place we could get gas, kerosene and the likes …,” said Buckingham resident Theresa Bryant. “Shirley was always going to make sure you were waited (on).”