Rostan succeeded by son at H-SC 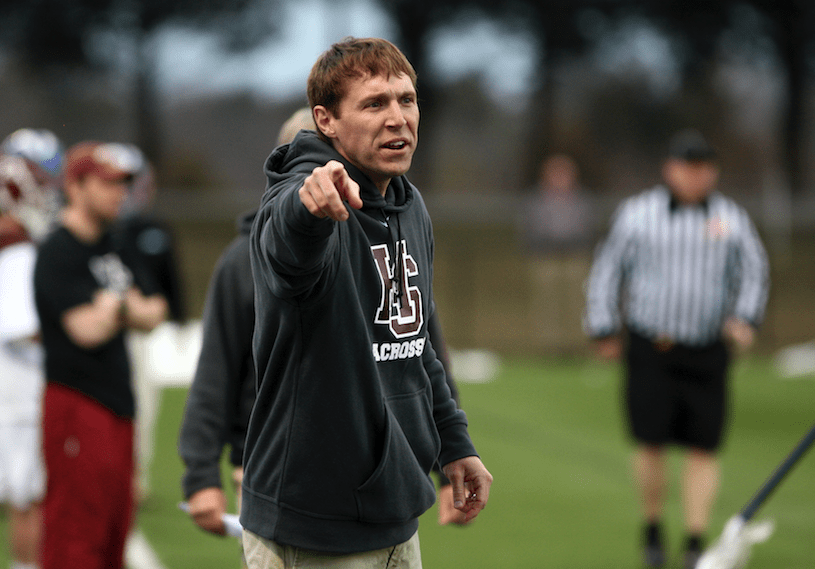 HAMPDEN-SYDNEY ATHLETICS Jason Rostan has been hired to take over as Hampden-Sydney College head lacrosse coach following his father’s retirement.

H-SC Director of Athletics Richard Epperson has announced the hiring of Jason “Jay” Rostan as the fourth head lacrosse coach since the program’s first varsity season in 1976.

Rostan is the son of Ray Rostan, who retired at the end of the 2016 season after a historic 32-year run as head coach of the Tigers.

“We are excited to announce the appointment of Jason Rostan as Hampden-Sydney College’s new head lacrosse coach,” said Epperson. “Jason has earned this opportunity through his hard work and many years of dedicated service to our Tiger lacrosse program as our top assistant and our offensive and recruiting coordinator. We have full confidence in his ability to lead our program and to compete for the ODAC Championship annually.”

Rostan has been a part of the lacrosse program for 17 years, while serving as an assistant coach for the past 13. He has been extremely close to Hampden-Sydney lacrosse his entire life, including a successful playing career that concluded in 2003.

“I am thrilled to have the opportunity to serve my alma mater and our lacrosse program, as both have been extremely meaningful parts of my entire life,” Rostan stated. “First, I would like to thank Richard Epperson, director of athletics, along with Dr. Dennis Stevens, interim president, and the entire search committee for the opportunity to lead Tiger Lacrosse in the future. I would also like to extend my appreciation to our current team, their families and our alumni for their support throughout this process. I have been so fortunate to have assisted in every facet of the lacrosse program for the past 13 years, while learning from one of the most respected men in the game, Coach Ray Rostan.”

Ray Rostan led Hampden-Sydney to a 302-172 mark during his time as head coach, helping the Tigers win four ODAC Championships and advance to the NCAA Tournament eight times.

“Passing the reins of the Tiger lacrosse program to Jay Rostan is one of the most special and rewarding moments in the lives of our entire family, and certainly even more so for Jay,” Ray Rostan said. “For me, this reaffirms the community spirit and family atmosphere that kept our family at H-SC for the past 32 years.”

Jason Rostan has been a vital part in recruiting and coaching 25 All-Americans, seven Academic All-Americans, 85 All-ODAC selections and one ODAC Player of the Year. This past season, he helped the Tigers tie a program-record 13 wins — a mark that was set in 2002, his junior season as a player, and tied again in 2010.

Ray Rostan said his son will bring his own coaching style to the program.

“Jay is more moderate and calm in personality than I am, much more innate and cerebral,” he said.

After noting that his son cares deeply about the student-athletes, the elder Rostan said, “I believe that his attitude and style will continue to pay dividends in his recruiting success.”