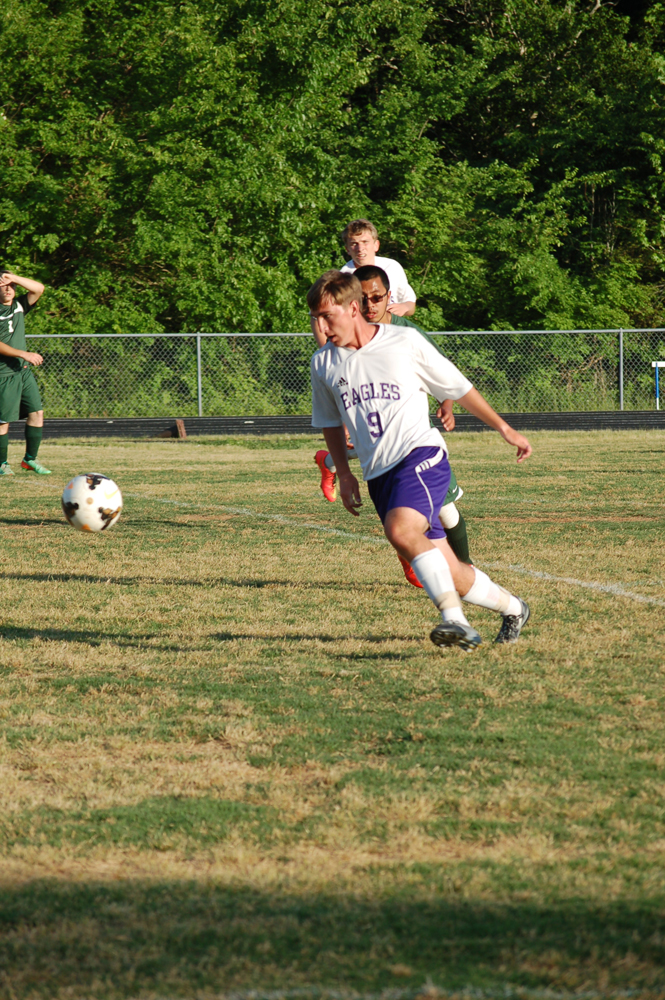 Though the Prince Edward County High School varsity boys soccer team fell in the Region 2A East Tournament quarterfinals to Bruton High School, the ability its players showed in that game and throughout the season helped it net five all-region honorees, including two on the first team.

Seniors Niko Reinson and Connor Burke made the all-region first team, and seniors Brady Atkins and Colton Sheehan and junior Craig Burns were named to the second team.

Eagles Head Coach Devin Pierce nominated six players from the 18-1 Eagles, including junior Alex Moller, a standout player from Germany who was a student in the foreign exchange program. Pierce noted that Moller had support to make the second team, but since he has returned to Germany and could not receive the award, other coaches in the region opted to give the honor to a player who could receive it from another team.

“We almost went 100 percent, six for six, but I’m very excited to get five out of six,” Pierce said.

Reinson, who will play at Hampden-Sydney College next season, finished the season with 26 goals and 18 assists, and Pierce described him as “very goal-hungry when he got to the final third but very unselfish, as well, which made him a great player to coach.”

His play made a strong impression on opposing coaches, too.

“Bruton, the team that we lost to, their coach spoke very highly of him, saying that his footwork and his movement off the ball was very skillful,” Pierce said. “And George Mason (High School), who we didn’t play this year, but we played last year, (its coach) said he could still remember No. 9, Niko, and that he was deserving of some sort of accolades last year. …” 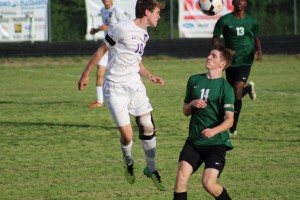 Burke, who played for the Eagles at center defender, has long struggled with knee injuries that have prevented him from making it through an entire season, but he has never given up and always made a return to the field.

“He’s such an inspiration to most of the kids,” Pierce said. “Last year during his junior year, he had torn an (anterior cruciate ligament) for the third time (in his career),” three games into the season.

He made it through most of this year, but he felt a pop in his left knee during warmups prior to the conference tournament championship game. Pierce opted to sit him for that game in the hopes he would be healthy for the regional quarterfinal.

With his knee structurally fine, “he suited up, and he played against Bruton, and I think it was one of his best games that he played,” Pierce said.

The coach noted Burke’s individual goals were to score five goals and “make it through the season alive and unscathed.”

Pierce was pushing hard to get the third Eagles team captain, Sheehan, on the all-region first team.

“I think he ended up with 17 goals and 25 assists, so he was a big part of our offense, but he played a defensive midfielder role, so he was very important to our team, and I wanted the other coaches to appreciate that, but he was one vote away from getting onto the first team,” Pierce said.