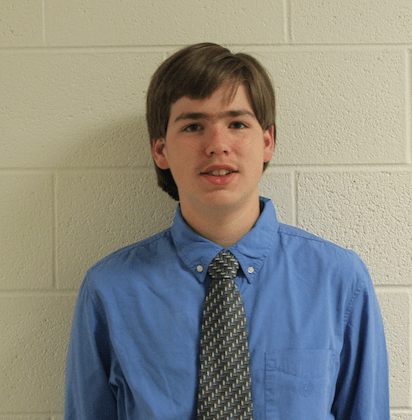 The Virginia Department of Education announced the program in October for the 2015-16 school year.

The objective of the program is to acquaint young people with the historical legacy of two of Virginia’s most outstanding military figures, Gen. Robert E. Lee and Gen. Thomas J. “Stonewall” Jackson.

Lutz chose to write an analysis of Lee’s battle strategy and how it compared to others at the time and how it influenced modern combat tactics. Winners were announced on May 16, and Lutz was chosen to receive one of the nine first-place scholarships for his essay. The $2,000 award will be managed by the college or university that Henry chooses to attend in Fall 2017.

Henry is the son of Dr. Consuelo Alvarez and Dr. Gary Lutz of Farmville.

Eighteen scholarships were awarded to Virginia high school juniors and seniors who submitted outstanding and original analytical essays on some aspect, positive or negative, of the career, character, or legacy of Lee and/or Jackson.