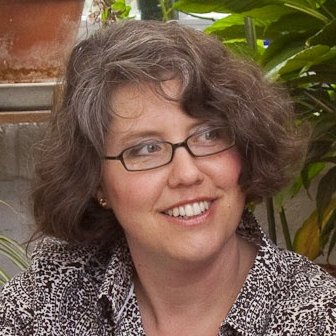 Today’s column is dedicated to language bloopers, accidental and often humorous misuses of language.   Many of the bloopers in today’s column come from student writing but not all of them. Some come from very important administrator types. I want to be clear that this is not about making anyone feel bad since my guess is that we’ve all written or said things that didn’t quite communicate what we intended them to.

Good communication takes practice and practice involves making mistakes which then give us the opportunity to learn. So in the spirit of learning and fun, here we go.

A few years ago, at my place of work, we received an e-mail informing us that classrooms in a certain academic building would be undergoing a thorough cleaning. The author of the e-mail then requested that we “please reframe from going into the classrooms until further notice.”

Another administrative e-mail assured us that we would find a “happy median” to a potentially divisive issue on campus.

Of course, language misuses abound outside the hallowed walls of academia. A television reporter was interviewing citizens about rescue efforts by the local government after a natural disaster. Thinking of the victims still needing to be rescued, one man responded, “When appraised of the dangers, you think they’d be evacuated.” And I have to admit I chuckled when I read a religious publication that spoke of our need to “bare witness.”

I chuckled until I remembered that I recently caught myself writing “greatful” instead of “grateful.”

Those homonyms with the “ea” and/or “a” alternation will get you if you aren’t careful.

The correct use of “per se” is tricky for a lot of folks. It is an adverb meaning “of, by or in itself” and is very useful when one wishes to isolate and comment on a specific noun.

For example, one could say “It’s not that I don’t like fast food restaurants, per se, it’s just that the food is often very greasy.” I recently came across this particular adverb used in a very original way. In an e-mail regarding the scheduling of an upcoming meeting someone wrote, “My e-mail to you about a meeting time must have slipped through the cracks, per say.” My guess is that the author wanted to communicate something along the line of “as they say,” as a way to frame his use of an idiom.

Without a doubt, the latter represents an archaic use of language. The phrase first appeared in written English in 1546 and in its full form was “for all intents, constructions and purposes” meaning “in every respect or in regard to any end or object.” So one can understand when students feel confused by the correct use of the phrase.

In fact, a student once argued with me about this, insisting that “for all intents and purposes” didn’t make as much sense to him as “for all intensive purposes.” And then there was the student in search of a handout who wrote, “I have missed placed my review sheet. Can you send me a new one?” while another student complained to the librarian at the circulation desk that someone was in “his study carousel.”

Language use is fascinating to observe. Far from being random, it is possible to trace the source of confusion for many of the humorous examples noted above. Sometimes a misuse of language results in a permanent language change.

For instance, the word “apron” used to be “napron” but the initial “n” was reassigned to the indefinite article “a.”

Whether we like it or not, language is always changing and no one can accurately predict the precise direction in which a language will ultimately move. So for those of you who love to think about language and its uses, feel free to send in your favorite language bloopers.