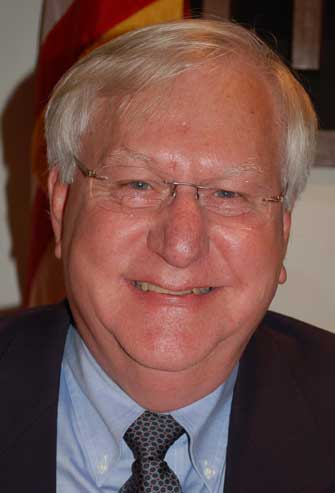 Supervisors in Prince Edward County have adopted criteria and regulations on funding non-county agencies and organizations.

The policy, which followed a Thursday, June 9, meeting where supervisors discussed the criteria, was approved during the board’s June 14 meeting.

The idea for criteria for funding outside groups and agencies came during a May 31 called board of supervisors meeting, where Buffalo District Supervisor C.R. “Bob” Timmons proposed tabling reinstating level or additional funding for organizations that saw cuts in the adopted 2016-17 fiscal year budget.

“I want to allow the board to do completely the initiative that we talked about and agreed to,” Timmons said at the May meeting, “whereby we identify and define what the government role in contributions should be for this county as well as what criteria that each one of these organizations should meet before they get any kind of subsistence funding from the county, as well as some sort of established accountability criteria so we understand where our money’s going.”

In the past, all organizations that were not under direct control of the county were lumped into one category termed “outside organizations,” according to the new policy. “These organizations followed the same policy regarding requesting funds from the county during the county’s budget development process. After careful deliberation, the board has determined these organizations are best divided into three distinct categories.”

The categories include public safety; organizations that are either state agencies, political subdivisions of the state, agencies created by the county and the Town of Farmville; and all other agencies which perform services for citizens but which are not deemed to be a core function of local government.

As for the second category — state agencies, political subdivisions of the state and agencies created by local government — the “agencies will also be treated as a county department during the budget process. They will still submit funding requests and those will be considered by the board of supervisors the same as other county departments.”

As for all other agencies “which perform services for citizens but which are not deemed to be a core function of local government, or if providing a core service is ancillary to the primary provider of such service …,” the board set criteria that the group must meet before funding will be considered, which will also “guide the decision process.”

According to the policy, the agency must be affiliated with the county by providing services directly to county residents. Only organizations providing educational, health, safety or social services will receive funding consideration, according to the policy. The health category includes agencies that provide food to citizens. Only 501c(3) organizations or nonprofits that provide financial statements will be considered for funding.

No new organization can receive funding unless two-thirds of the board of supervisors approves, according to the policy.

For fiscal years 2016-17 and 2017-18, “the total amount reserved for allocation to such agencies will be no more than $150,000. The board of supervisors will establish a new spending limit for FY19 and beyond.”

All funds provided are subject to modification, reduction or can be completely rescinded without prior notification, according to the policy. “Such action will require approval of two-thirds of the board of supervisors. All members must be present for the vote.”

The policy can only be changed with a two-thirds vote of the board.

“What I found is that a majority of localities had few, if any, policies or criteria,” County Administrator Wade Bartlett said during the June 9 meeting. “They wanted to maintain a maximum flexibility … Most of them said after the recession, they had actually scaled back.”

“The chamber, that’s not a donation, that’s a membership,” Timmons said. “…That membership is for us. And, if we’re not using it, and not contributing and not being part of it, then shame on us. We need to either change that or get involved.”

Farmville 701 District Supervisor Jim Wilck suggested not allocating money to the sponsorship of tables at events for STEPS, the Moton Museum or the Farmville Area Chamber of Commerce.