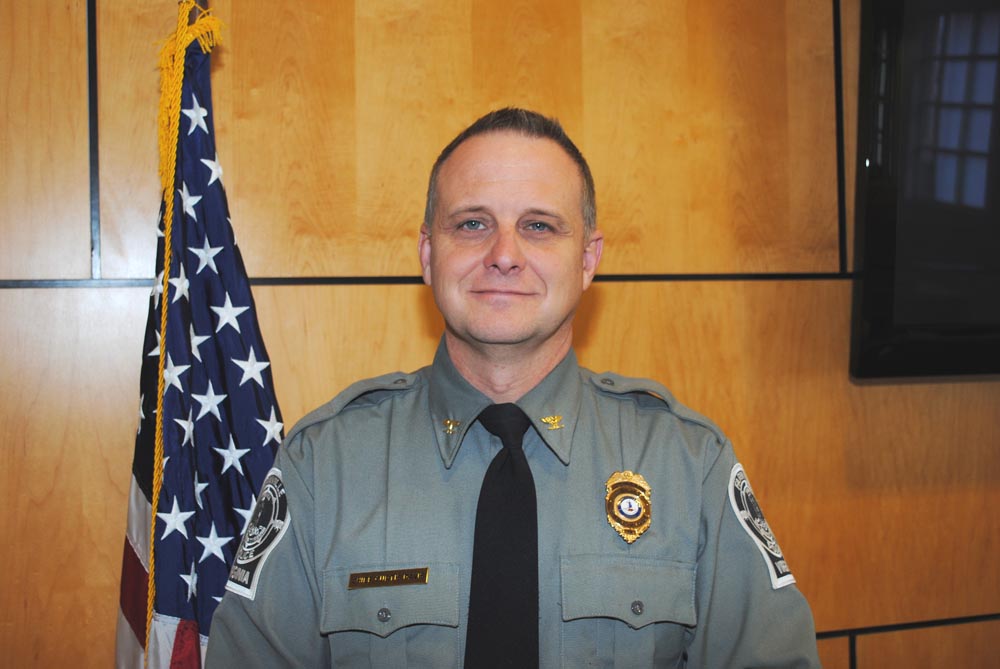 Farmville Police Chief Curtis Davis will resign from his post on July 30.

Davis has accepted another position outside of law enforcement, he said.

“That’s accurate,” he said when asked to confirm his resignation.

“I just had an unexpected opportunity outside of law enforcement pop up, an employment opportunity. And, so, it was a difficult decision. I had to think about my family and what was best, so I took that job.”

Davis didn’t elaborate on his job offer. “I wanted to give (an) adequate amount of time to be able to finish up some things and get some other things in line for the transition.”

“Absolutely,” he said of his enjoying his time in Farmville. “Again, this was an unforeseen job opportunity that I didn’t expect … I’ve really enjoyed my time here. I’ve always said this was going to be my last stop in law enforcement. I had no interest in going into law enforcement anywhere else, but I enjoyed it here. (It’s) a great community, great folks.”

He said the Farmville Town Council and Town Manager Gerald Spates had been great to work with.

“I’m real disappointed that he’s leaving, but, under the circumstances, I can understand why,” Spates said. “He’s got a very good job offer and … he will be (in Roanoke.) I don’t think it was anything he planned or searched out. The offer was made to him.”

“Chief Davis was a great asset to our police department and accomplished much during his short tenure,” said Farmville Mayor David Whitus. “The timing of his departure is regrettable, especially in view of the upcoming vice presidential debate, however, he received an attractive offer from the private sector.”

“The announcement of Chief Davis’s resignation is certainly bitter sweet to me,” said Deputy Chief and Captain Andy Ellington. “Bitter only in the fact that I am certainly saddened to lose such a great leader and person from this department. In working closely with Curtis for the past year and a half, I have absorbed so much. He is a great teacher and a wonderful person to work with.”

Ellington said his leaving was “sweet in the fact that I know he is accepting a position that is the opportunity of a lifetime. I am so happy for him and his family. Chief Davis will certainly be missed. He has demonstrated nothing but professionalism and enthusiasm within the department since his arrival. I was advised by retired Chief Doug Mooney upon his departure that it was now time for someone new to come in and take the department to the next level. That is exactly what Chief Davis has done. I can’t thank him enough for what he has done for our department.”

“Chief Davis, in his time here, has not just proven to be a great law enforcement colleague, but a great friend,” said Longwood Police Chief Robert Beach. “He has made a deep positive difference in the public safety community in Central Virginia. I will miss him not only as a partner in our police efforts, but I will miss him as a friend.”