Cawley-Chambers named Nurse of the Year 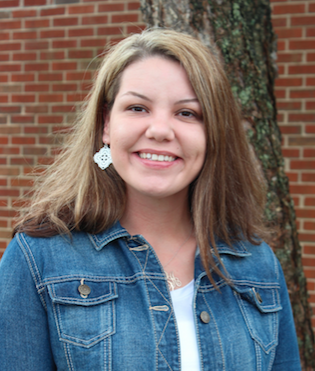 Melissa Cawley-Chambers has been named Centra Southside Community Hospital’s 2016 Nurse of the Year.

The Nottoway County resident has been with Centra Southside since 2008, according to a press release.

“She began working as a nursing extern in the Intensive Care Unit her last year of nursing school 2008-09,” stated the release.

“After graduating from Southside Virginia Community College’s ADN Registered Nursing Program in 2009, she worked on the Progressive Care Unit; that floor was later combined with Medical Surgical and she worked there until transferring into the Intensive Care Unit in 2011, where she is currently employed.”

“I am incredibly honored to accept this prestigious award and so thankful to Kelsie Cawley and Michele Watts for the heartfelt nomination,” she said. “I am proud of my profession and proud to be a Centra nurse.”

She is also a “Centra Southside Train the Trainer” (competency validator) within the ICU and a current co-chair of the Nursing Shared Governance Committee. as well.

She is nationally certified in Cardiac-Vascular Nursing by the ANCC (American Nurses Credentialing Center).

Cawley-Chambers is 29 years old, and grew up in Burkeville.

She is married to Timothy Chambers, and her parents are Brenda Boger, of Burkeville, and the late Keith Cawley, of Crewe.

Cawley-Chambers is a 2004 graduate of Nottoway High School, a 2009 graduate of SVCC and a 2012 graduate with a Bachelor’s of Science degree from Western Governors University.