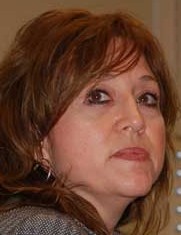 The Cumberland County Board of Supervisors will hold a public hearing on Tuesday to consider proposed additions to the previously adopted county budget for the fiscal year 2015-16.

There will be no adjustment of tax rates at this meeting, and Cumberland County Administrator and County Attorney Vivian Seay Giles said that the budget amendment is not unusual.

“Generally speaking, the purpose for the budget amendment is just to reflect, in the budget, items that have taken place or occurred during the course of the year,” she said. “The only new money, really, is CSA, which is Child Services Act, and I’ve been telling everyone for a few months now that we’re over budget on that, and that’s just something really that you don’t have a lot of control over, and the Utilities Fund, and we knew that, as well. We’ve been talking about that for many, many months.”

It is also advertised to transfer $141,908 to the Debt Service Fund and $35,000 to the Capital Improvement Fund. An additional $125,000 is listed in general fund expenditures for General Government Administration.

An example of an item not initially included was the additional funds that were given to the Cumberland Volunteer Rescue Squad.

Giles said there is a possibility that there will be other amendments, in addition to what was advertised.

The public hearing will be held Tuesday at 7 p.m. in the Cumberland Courthouse.