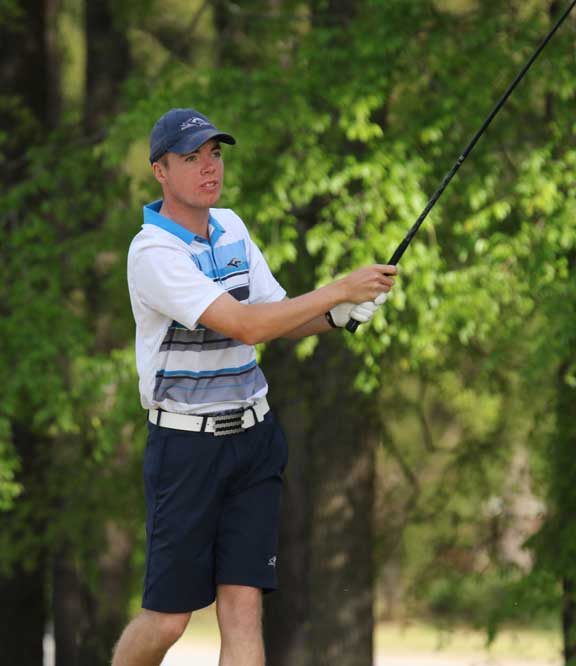 Rising sophomore Jordan Boulton has headlined a summer of success on the golf course for returning and incoming members of the Longwood University men’s golf team by winning at the Nottinghamshire Match Play Championship.
In his tournament run, Boulton notched four straight victories, including a 3&2 win over top-seeded Reece Samson in the round of 16.

A product of Mansfeld, England, Boulton captured his quarterfinal and semifinal matches by 2&1 margins, before downing reigning champion Matthew Hogg on the 19th hole to win the championship match by a 1-up margin.

Boulton’s victory builds upon a successful rookie campaign for the Lancers in which he led Longwood with a 73.90 scoring average and was named to the Big South All-Freshman and All-Championship team.

In addition to Boulton’s match-play title, incoming freshmen Brandon Weaver and Teagen Stephenson, as well as rising junior Nick Contini, have all put up impressive results.

Weaver, from Purcellville., finished T-5 at the Scott Robertson Junior — one of the top junior events in the world — with rounds of 68-73-73—214. He also medaled at the Virginia Amateur and Open qualifier. After medaling in the stroke-play portion of the Virginia Junior Match Play Championship, Weaver advanced to the semifinals for the second consecutive year.

At the Maryland Amateur, Stephenson, of Frederick, Md., placed T-3 during stroke-play qualifying before falling to the stroke-play medalist in the quarterfinals of the match-play event.

He also notched a runner-up finish at the Washington Golf Association’s Frank Emmet Schoolboy with scores of 73-78-72—223.

Meanwhile, Contini has qualified for next month’s Ohio Amateur Championship after finishing T-4 in the qualifier stage with an even-par 72.