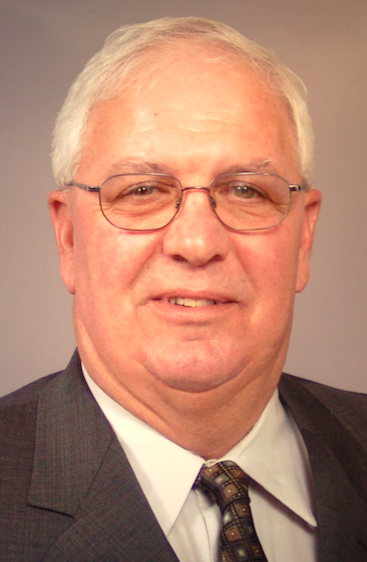 Farmville Town Manager Gerald Spates and developer Russell Harper addressed criticism on Wednesday of the handling of the purchase of an acre of property from Willa Wood and of the proposed 120-unit $20 million Farmville Town Center apartment complex.

The presentations by Spates and Harper — both of whom criticized The Herald for its coverage and editorial stance on the project — included aerial maps of entrance options to the apartments and the process by which the town purchased an acre of property on South Main Street from Wood for $125,000.

Harper called out At-Large representatives Tommy Pairet and Dan Dwyer for allegedly sharing incorrect information regarding the project. He said that a game camera had filmed Pairet on the Mottley Lake property Harper previously purchased from the town, and he questioned Pairet’s presence on the property.

The comments came one week after the council agreed to postpone a vote on a conditional use permit requested by Harper’s Farmville Associates LLC for the apartment complex, planned to be constructed between Walmart and the Greens South Subdivision.

By consensus, the council agreed to take up the permit application possibly in July, after a community meeting between town residents and Harper — principal of Farmville Associates — which is set for Friday, June 24, at 6 p.m. at the cul de sac at Cabell’s Court.

The planning commission recently voted 5-2 to recommend the permit to allow for the proposed apartments. As part of its action, the commission suggested the council consider moving the project’s entrance back to the former Willa Wood property on South Main Street as stipulated in the original proposal from its proposed entrance closer to the Milnwood Road intersection.

“At the last meeting, there was a lot of discussion about the property that the town purchased from Willa Wood,” Spates said.

Spates said that he initially met with Wood regarding an easement on her property for a water impoundment structure for the planned Milnwood Road Improvement Project.

After Spates met with Wood, she told him that she would meet with her real estate agent and get back to Spates. “We never once discussed price,” he said.

“Later, I got contacted by Marshall Thackston, who’s her Realtor, (telling me) that Mrs. Wood decided (and) that she did not want to give us an easement, (but) she would prefer to sell us one acre of land instead of giving me an easement. And she said she wanted $125,000 for that piece of property.”

The council approved the purchase of the acre in February, he said.

“Prior to contacting Mrs. Wood, I contacted the developer of the project, the owner of the property, who was Russell Harper, about putting the drainage structure on his property. He said ‘No problem,’ but the engineers said it wouldn’t fit. So, that’s why we decided to get with Mrs. Wood.”

He said the idea of moving the project entrance came from the planning commission, “so that the entrance road coming out of the property that Harper owns did not come so close to the intersection of Milnwood Road.”

“To me, if you buy a piece of property, unless there’s a deed restriction, you can do pretty much what you want to,” Spates said. “But that was the suggestion by the planning commission. It was a conceptual drawing.”

“If you remember, (Jenny) Wood came to council at the last meeting, and was very upset that we didn’t tell her mother about the road. And, I didn’t ask for a road, I asked for a drainage easement. The road issue came up later at the suggestion of the planning commission … Mr. Harper has every legal right to use that right of way. It’s a dedicated right of way. It’s a 50-foot right of way.”

Spates said the entrance of the apartment complex would “be as safe as any other intersection that we have,” noting the planned improvements on South Main Street.

“I would suggest just leaving it where it is, if it’s an issue,” Spates said of the entrance.

Will Allen, with Harper Associates, detailed the economic impact the firm has made on the town and Prince Edward County. He said Harper Associates and related affiliates made a $13.2 million impact on the town and county in 2015. The tenants of affiliates, including Walmart, totaled 350 employees, with $7 million in wages. The economic impact of related affiliates, including wages and spending, was $46 million, he said.

Allen displayed aerial maps of entrance options that Maxey and Associates engineered for the firm, including using the existing right of way.

“We’ve been doing work here since 1990,” Harper said. “We really like Farmville … and I have not experienced in this community what I have experienced over the last four months … We’ve never experienced this in this town. This is new, it’s unique, it’s unfortunate.”

“I assure you that my attempt has not been to incite anything,” Dwyer said. “It’s just to try to answer questions as people have called me.”

“We had the same problem when Mr. Harper came to us in reference to building the ICA (Immigration Center of America),” said Ward D Councilman Donald Hunter. “(People) were so afraid and they were misinformed … It seems like it was the same group of people. I don’t know what it is, but I know the … town is profiting off of it.”

Harper said that he had heard talk that he and Spates were “in cahoots.”

“This man has never allowed me to buy him a Coca-Cola or a coffee. Everything that he’s done since I’ve met him has been done to better this community,” Harper said. “… Everybody in the state of Virginia would like to clone Gerry Spates. Y’all ought to kiss his ring,” he told council members.

In a May 12 letter to Willa Wood, Spates wrote: “One of the options discussed was to move the road over, for safety reasons, onto your property we purchased from you. It was brought to my attention that this would upset you and was not what we agreed to …  No road or entrance will cross the property.”

Spates did not address the letter during the council meeting.