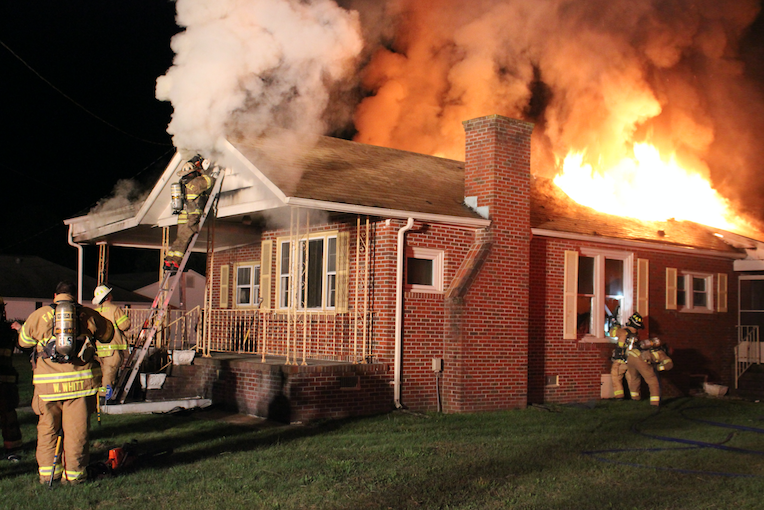 A three-alarm heavily damaged a home outside of Farmville at 270 Tuggle Road early Tuesday morning. According to Al Mason, chief of the Prospect Volunteer Fire Department, the fire was reported at 12:27 a.m. Mason said one woman was in the house during the time of the fire and was transported to the hospital, but was not harmed. No other people lived in the home, he said. Firefighters from Farmville and Hampden Sydney volunteer fire departments also responded, along with the Prince Edward Volunteer Rescue Squad. The cause of the fire is unknown at this time, Mason said, noting there was no foul play suspected.