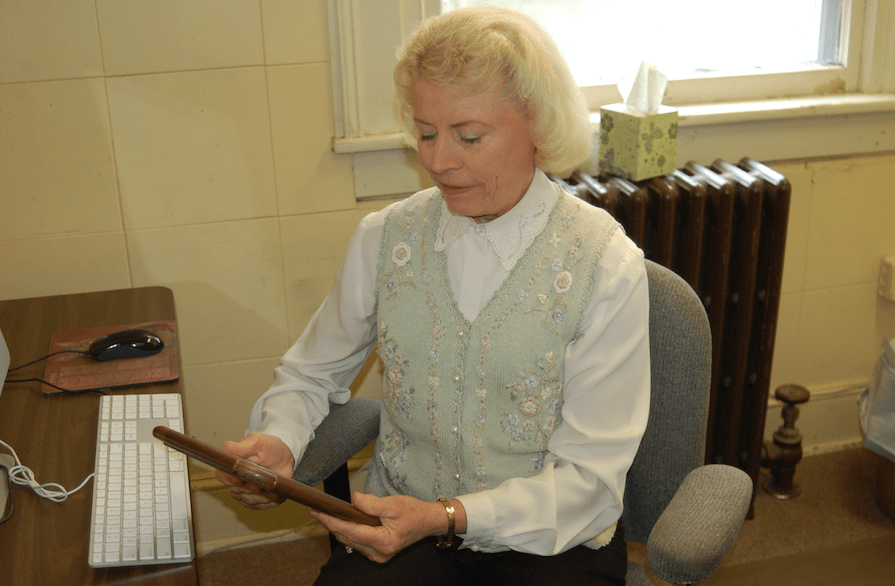 Marge Swayne reflects on her 25 years at The Farmville Herald. (Photo by Hannah Davis)

After a quarter-century at The Farmville Herald, Marge Swayne will step down from her role as lifestyles editor Friday.

“While we respect Marge’s decision to take a break from the grind of full-time journalism, we will miss her daily presence in our newsroom and her positive influence on our young journalists,” said Steve Stewart, the newspaper’s publisher. “She is a kindred spirit who understands the unique role that community newspapers play in the lives of our readers.“

Fortunately for The Herald and its readers, Swayne will continue to contribute as a feature writer and photographer for the newspaper and its other print and digital products, including a new venture to be announced in the coming weeks.

“I am pleased to be able to continue to tell the interesting stories of people in the Farmville area,” Swayne said.

Previously, Swayne has been published in Good Housekeeping and Family Circle magazines.

“I never really intended to be a journalist,” Swayne said in an interview for the July 2005 newsletter of Virginia Press Women. “Since my husband was a career Navy man, we never stayed in one place long enough for me to advance very far in that profession.”

Swayne and her husband, Rick (who would later become sports editor of The Herald), moved to Virginia in 1969 after Rick finished a tour in Vietnam. After searching for land to buy while living in the Tidewater region, the Swaynes found property to buy in Prince Edward County. That is where she found a professional home at The Herald.

“I started writing when The Farmville Herald asked me to do a weekly community news column,” Swayne said. “… When the social/lifestyles editor left in 1992, I thought about applying for the job, but I didn’t have nearly the credentials that she had (a Ph.D. in English). The Herald hired me anyway, and since then I have been more or less learning on the job — both in writing and photography.”

The newspaper’s staff honored Swayne at a Thursday luncheon.

“We are blessed that Marge will continue to write for us as she opens this new chapter in her life,” Stewart said. “She is wonderful storyteller, both with her pen and her lens. Our ability to chronicle this wonderful community, its people, places and institutions, is strengthened by Marge’s continued contributions.”