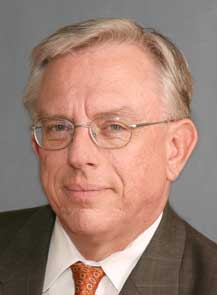 “It’s an honor to be recognized by our superintendent colleagues in Region 8,” said Smith. “To have their support is very meaningful for me.”

Smith said the award is not a recognition, which means all work is completed; however, it simply means that Prince Edward is on the right path.

He said there is still more work to be done.

A school press release stated that the honoree is chosen based on a variety of factors, including leadership, communication, professionalism and community involvement.

Smith said he feels strongly that one of the reasons for his achievement is the direct teamwork and collaborative efforts among staff at Prince Edward. “I know that we all share the same commitment,” he said.

Buffalo District Representative and School Board Chairman Russell Dove said Smith was unanimously selected by his 12 peers in Region 8 for the award.

“I’m excited for him; it’s quite an honor,” Dove said.

Raised in Augusta County, Smith has been in education for 38 years.

According to the release, he comes from an agricultural background and has served as a music teacher and director of bands. Smith has also held a variety of leadership roles in the education field.

“It was an easy choice to select education as a career path while in college, combining my varied background with my interest in teaching young people,” Smith said in the release.

Prior leadership roles held by Smith include service as superintendent of Bath County Public Schools.

Smith said the award includes a $500 college tuition scholarship from Virginia-based RRMM Architects. He said the scholarship would be awarded to a graduating senior.