‘Serving those who served’

War can strip soldiers and their families of much of their lives, not only while abroad, but when they exit the service, return home and try to continue their lives at home as veterans.

According to the U.S. Department of Veterans Affairs (VA), nearly 800,000 veterans reside in Virginia and have the opportunity to receive various benefits and assistance from the state and other organizations.

However, according to Sarah Maddox and Ed Dunn, co-founders of the Piedmont Area Veterans Council, the majority of veterans are unaware or unable to find the different options offered to them when needed. 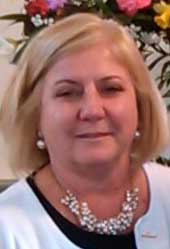 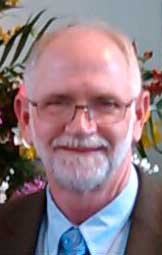 Maddox listed a number of areas veterans could receive support in, from giving a homeless veteran and their dependents a place to live, offering financial assistance or finding counseling services for emotional recovery to providing childcare options, food supply or a free laptop to a veteran in college.

“It could be literally anything,” said Maddox, adding that she doesn’t go a day without a new request on her desk.

Maddox brought the idea for a council to Dunn, also the commander of Farmville American Legion Post 32, and Piedmont area after coming to Farmville last year in September, noticing the need for officers to help veterans in the region.

Already the president of the established Lynchburg Area Veterans Council, which boasts 200 members, she has experience in building a network and relationships nationally and within the community in order to find solutions to veteran problems locally.

“For me, it’s a passion. Ed will tell you, it drives him crazy sometimes, but I don’t have the heart to say ‘no’ to a veteran, and I have never had a veteran who totally knew all of their benefits. For me, it’s the most rewarding thing that God allows you to do. If you can make a difference in someone else’s life, what else is better?” said Maddox.

Officially created at the start of this year, the council has yet to host its first official meeting open to the veterans spanning seven counties — Nottoway, Prince Edward, Charlotte, Amelia, Cumberland, Buckingham and Lunenburg.

“We have a lot of counties to cover, so coordinating with all of those counties to get the information out, that’s what we’re working on now,” said Maddox. The council aims to have its first meeting by the end of the month, and continue to hold them once a month as well as hold educational seminars for veterans or dependents to learn about the support available through different channels, like the VA or non-profits on both the national and local levels.

“It’s serving those who serve,” said Dunn. “There are times that the population at large, especially the ones that don’t have family members who served in the military, don’t realize the sacrifices that veterans have made …  A lot of people, it just doesn’t compute for them because they haven’t been in the situations. Veterans, we all know, and that’s why we want to make the council to bring the veteran groups together to say, ‘Hey, we have a common goal, a common cause, let’s put our heads together, so we can share our knowledge and our resources with everybody.’”