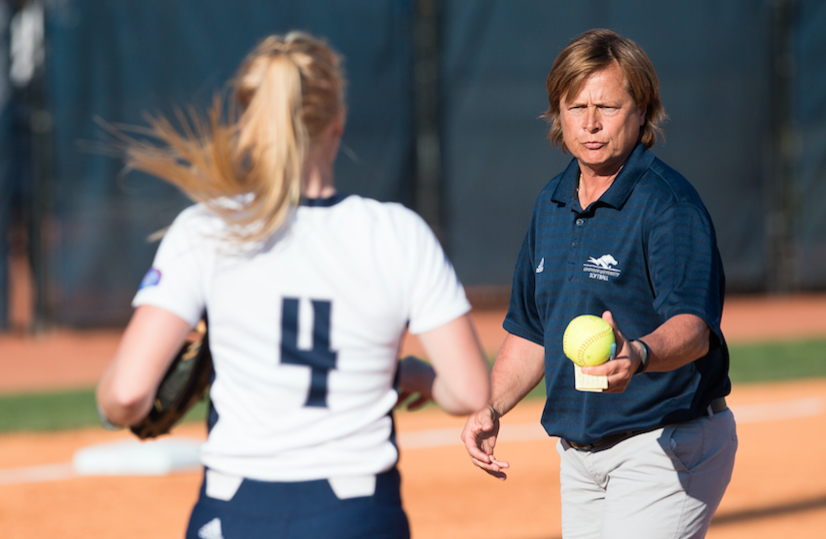 The Longwood University softball team drew a shower of Big South Conference accolades on Tuesday, led by Kathy Riley repeating as Coach of the Year and Elizabeth “Biz” McCarthy repeating as Pitcher of the Year.

The Lancers also matched a Big South record by having eight players named to all-conference teams, including four on the first team.

Some of them were instrumental in a 13-5 win Wednesday over Winthrop in the first round of the conference tourney.

“I was excited, first of all, for the girls,” Riley said in reaction to the haul of awards. “I felt like the coaching staff of the Big South did a really great job of rewarding the right people.” 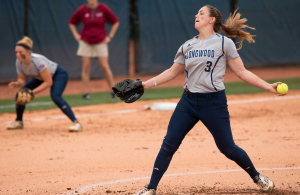 Reflecting on her second consecutive conference coaching honor, Riley said, “The thing that makes me really feel the best … about the coaching award is that my peers respect me.”

She cited other conference teams whose coaches, she noted, did an outstanding job, including Coastal Carolina, Liberty and Radford.

Though Longwood won the Big South regular season crown last weekend, Riley had less expectation that she might receive the coaching accolade this year.

“This year we had so many people that did a nice job with their team that I was much more surprised and so I think more gratified from that standpoint that the other coaches could look at what work that we put in and preparation we put in and they were respectful of what came out of that,” she said.

The Lancers finished the 2016 regular season with an overall record of 33-17 and went 19-5 in the conference.

Riley winning Coach of the Year was not a surprise to McCarthy. The junior pitcher said, “When I saw it, I said, ‘Of course, she did.’ She was the best candidate. She was the best person for it.”

Noting what makes Riley an award-worthy coach, McCarthy said, “I think, for me, it’s that every day I go out, she makes me a better player and a better person.”

In the circle, McCarthy has produced an 18-9 record so far this season, along with a 2.32 ERA. She ranks top-five in the league in wins, ERA, opponent batting average, innings pitched and strikeouts.

“Level of consistency is really the true test of any really good player, and I will tell you that Biz came in this year with just a different look in her eye than any year that she’s ever had,” Riley said. “I feel like this year she was a better pitcher than she was last year and, I felt, more dominant.”

When McCarthy found out she had repeated as Pitcher of the Year, “I was pretty excited to say the least,” she said. She noted she has been focused so much on team goals as the Lancers prepare for the postseason that she was caught off guard.

“It came sort of as a surprise to me today,” she said on Tuesday. “So it was a good surprise, too.”