Past comes to life in Stanley Park 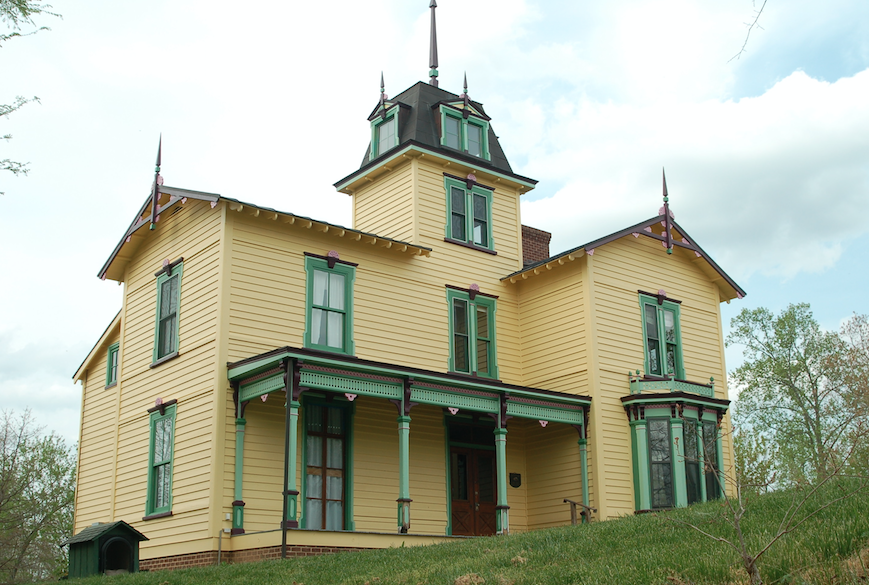 Restored in its new location in Prospect, the Stanley Park mansion was built by John Stanley James in Farmville. According to the Aug. 19, 1875, Farmville Mercury, construction of the mansion took only 10 weeks.

The Victorian mansion the couple disassembled and rebuilt in Prospect serves as proof. If John Stanley James, who built the home in 1857, could come back, he’d feel right at home.

Over the past 15 years the Johnsons have worked to restore the grand mansion dubbed Stanley Park that James built on a bluff overlooking the Appomattox River and the town of Farmville. 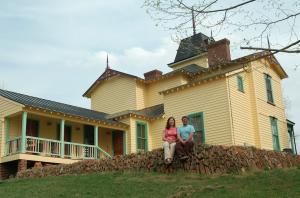 Alecia Daves-Johnson and her husband, Gordon Johnson, are pleased with the historic Stanley Park mansion they disassembled and restored that now serves as the family home.

“We had seen the house and were told it was going to be donated to the fire department for a practice burn,” Gordon said.

“We had been looking at houses for sale for quite some time,” Alecia said. “When we walked through the house, the floor plan lent itself to what we were looking for. We said — oh my gosh — we could salvage the entire house.”

The Johnsons contacted Longwood University, which owned the property, now the site of the university’s student housing Lancer Park. Formerly, the area was known as Stanley Park.

“Longwood was glad to have the house removed,” Gordon said.

Once the deal was made, the Johnsons began the tedious process of disassembling the historic home. 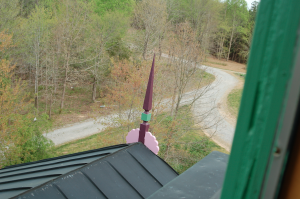 The view from the tower is scenic. “On a clear day you can see the mountains,” Gordon Johnson said. Opening windows in the tower also provides natural “air conditioning.”

Farmville historian Bob Flippen, who researched James and wrote about him in “John Stanley James: The Vagabond Papers,” described the Farmville mansion: “The house included a number of unique architectural features, most visible was the tower occupying the third and fourth floors. The first floor featured six rooms with two large bay windows and hidden sliding pocket doors enabling two rooms to become one great room perfect for dining or entertaining. A narrow servants’ staircase wound from the first to second floor, which included three large bedrooms.”

The restoration process was familiar to the Johnsons. 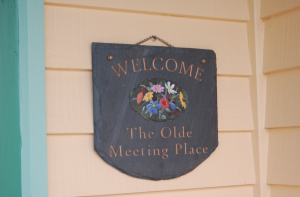 He has worked on other projects in the area, including Patrick Henry’s Red Hill and Gravel Hill in Charlotte County.

“I studied at Poplar Forest at their restoration field school,” Gordon said.

The Stanley Park project, Gordon explained, was basically a construction project in reverse. Each piece of the mansion — walls, studs, windows and floorboards — had to be removed.

“It starts with labeling, making a diagram, then making a plan,” Gordon said.

“We surveyed an exterior grid and placed the house within that grid,” Alecia said. “Then we did numerous photographs. We had an architectural rendering done. We had a code system that each room had a number. Based on the northeast-southwest direction, we could identify walls with certain windows. Each floorboard was numbered.”

As the disassembling phase of the project progressed, the Johnsons were impressed by the construction details they uncovered.

“The craftsmanship of the house was really special,” Alecia said. “Things like

the joists in the stairs and how tightly they fit together.”

“They had better woods and better materials,” Gordon said.

That craftsmanship was even more impressive considering that the 1857 mansion was built in only 10 weeks.

“If you read the article from that time, the number of people that worked on the house was significant,” Gordon said. “It was balloon framed with 20-foot studs and bracing in the corners. Plus they didn’t have insulation or a mechanical system in the house, but they were cutting everything by hand.”

At the new site in Prospect, the house is situated facing the same direction, and it is near the Appomattox River — just as it was when located in Farmville.

“We learned that this house was situated for solar gain with a lot of windows on the south facing side,” Alecia said. “The tower seems to be a natural air conditioning. When we open up those tower windows, it draws air through the house.”

Although the house now has a modern heating system, the Johnsons rebuilt two of the three chimneys and seven fireplaces.

“When the power goes out, that’s how we heat the house,” Gordon said.

Although Gordon is still adding some finishing touches, the couple and their two children are living comfortably in the Victorian-era home. “When I first saw the house, I knew what it could become,” Gordon said.

Today the house is once again is filled with sounds of life. The historic mansion has , in fact, come back to life.

“It’s a lot of work,” Gordon said of the renovation. “But if you stick with it, you’ll be impressed with what you can do. It’s about preserving parts and pieces of history.”

Gordon and Alecia Daves-Johnson did more than preserve the pieces. Their vision brought the Stanley Park mansion back to life. For them, Farmville’s past has come home. 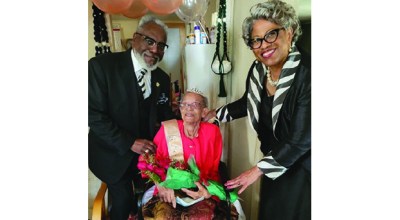 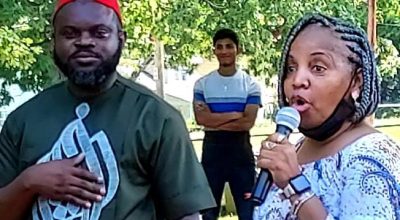 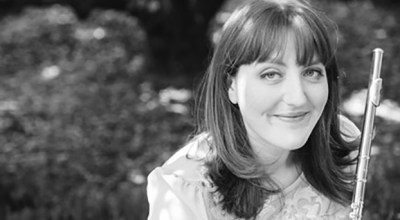