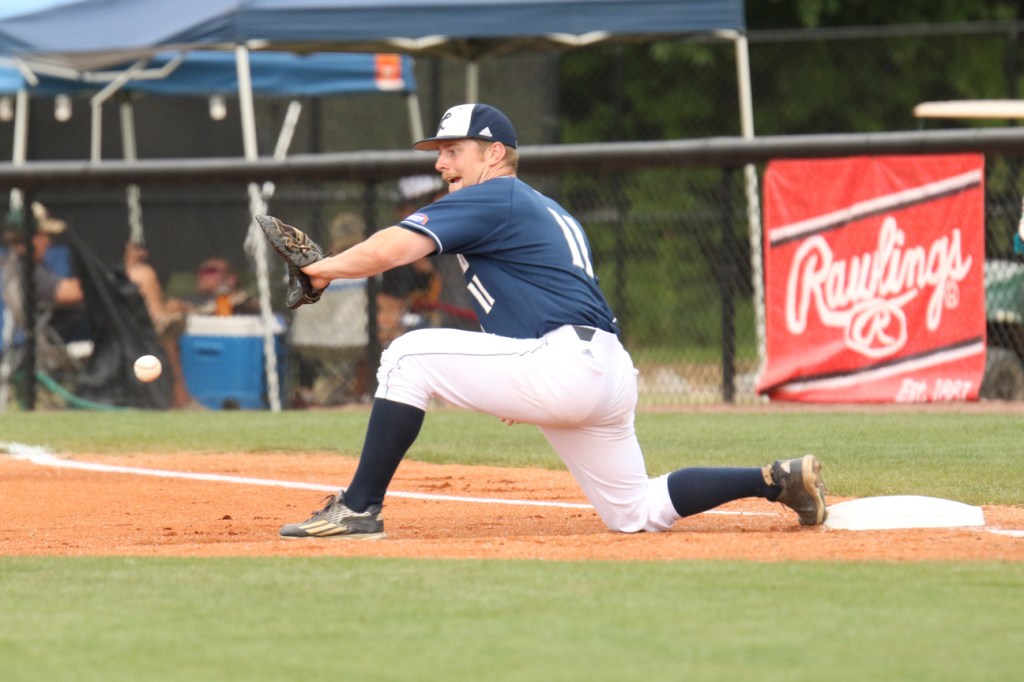 Longwood University baseball’s milestone-filled 2016 season came to an end in the Big South Championship semifinals as top-seeded Coastal Carolina eliminated the third-seeded Lancers 5-1 Friday afternoon in Lexington, S.C.
Playing for the fourth consecutive day after topping second-seeded High Point in an elimination game Thursday, Longwood fell into an early 3-0 hole against the well-rested Chanticleers (43-15) and never climbed out.
Lancer ace and team captain Travis Burnette (8-2) returned on just two days rest for his collegiate swan song, yielding three runs in 3.2 innings to Coastal Carolina after firing 6.1 innings of one-run ball in the tournament-opening 8-6 win over sixth-seeded Winthrop Tuesday. He scattered six hits — five singles — Friday before reliever Devin Gould came on to throw 3.2 innings of two-run ball out of the bullpen.
Senior first baseman Connar Bastaich provided Longwood’s lone run of the day with a solo home run in the fourth inning. Bastaich was 2-for-4 at the plate in his final collegiate game with a home run and a double.
The senior class of Bastaich, Burnette, C.J. Roth, Colton Konvicka and Allen Ellis leaves Longwood as the final group of players to play under longtime coach Charles “Buddy” Bolding and the first group to have played four seasons at Longwood in the Big South. The 2016 Lancers went 32-27 and had the most wins by a Longwood team in a season since the 34-win 2007 team, which was not yet a full-fledged Division I-eligible squad.