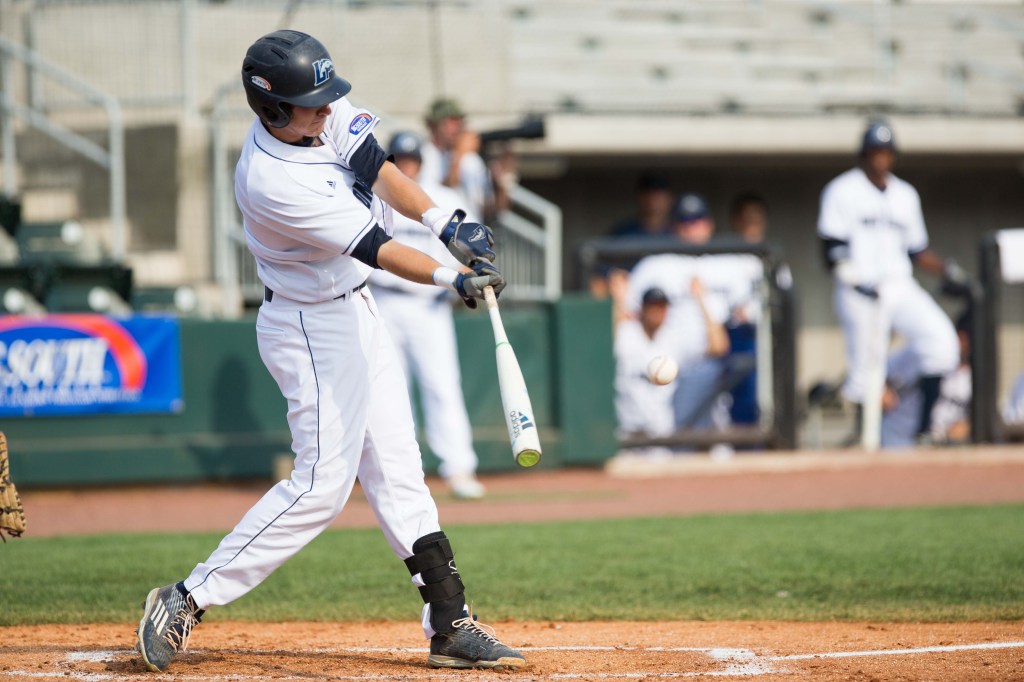 The third-seeded Longwood baseball team lost 9-3 to seventh-seeded Liberty on Wednesday during the 2016 Big South Championship Quarterfinals in Lexington S.C.

The Lancers will look to stave off elimination Thursday at 3 p.m. when they take on No. 2 High Point, a team that was also knocked off by the Flames in the opening game of the tournament. The winner of Thursday’s contest moves on to the Big South Semifinals on Friday.

Driving the Flames to victory Wednesday was a huge fourth-inning scoring burst and a four-RBI outing from right fielder Will Shepherd.
Longwood’s Luke Simpson (1-4) took the loss on the mound. He allowed five earned runs on five hits in 1.2 innings of work. Michael Catlin added 4.1 innings of pitching in relief of Simpson and was one of six pitchers to take the mound for the Lancers.
Shortstop Michael Osinski led all Lancers with two RBI, as he went 2-for-5 on the day with both RBI coming on a pair of singles.

Longwood started the Big South tournament off with an 8-6 victory over sixth-seeded Winthrop on Tuesday.