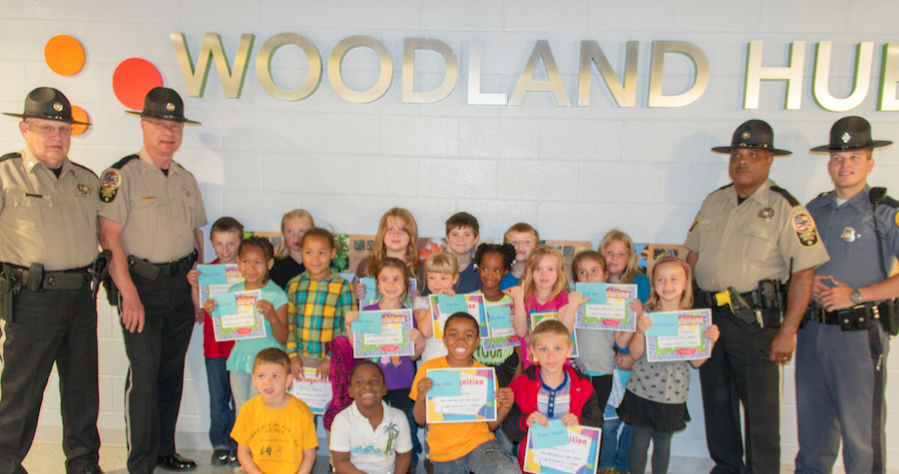 The Buckingham County Sheriff’s Office awarded 53 students at the Buckingham Primary Schools for their good behavior and generosity with Good Little Citizen Awards.

The event took place Wednesday morning at the school.

This is the second year the program has taken place. Sandra Logan, an administrative assistant with the Buckingham County Sheriff’s Office, helped plan the event. 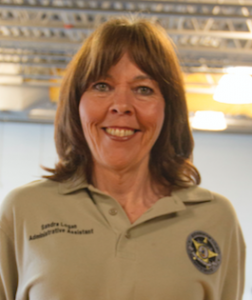 Pennie Allen, principal of Buckingham County Primary School, said “It’s a wonderful program. It gives the sheriff’s department the opportunity to be in our schools and the children the opportunity to see that they are helping, and it also promotes good citizenship.”

According to Logan, donations from community members and businesses helped to make the awards possible.

Students in each class were chosen for the two awards. 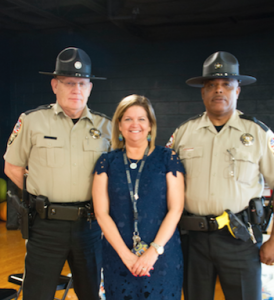 One student from kindergarten and first and second grades received a Generous Little Citizen Award. This award was given to the student in each grade who raised the most money for Trooper Chad Dermyer, as a part of the Trooper Trot, a fundraiser to raise money for his family. Dermyer was killed in Richmond at a Greyhound Bus Station on March 31.

“One thing about our school (is) we really try to focus on the character education along with the academics so it really compliments what we do here at school,” Allen said. “I see kids that are actually afraid of the police and they said ‘I’m not going to talk to the police’ or they have bad experiences at home or out in the community … This is just positive. They see that (police are) our friends. They’re smiling, they’re helping.”

Both Allen and Logan emphasized the importance of teaching the students manors and making sure that children weren’t afraid of police officers by awarding good behavior.

“Kids forget and people forget that manners and a smile and kindness towards others, generosity makes for a good adult, and we want to reward them for being generous and for taking time out of their games and what not for collecting money,” said Logan.

“We just want them to see that, when we do come, we bring happy things and smiles. We’ve gotten a lot of kids who were terrified of police officers who now come up and hug us.”

Logan said, “This is something that we are going to continue to try and, hopefully, continue each year.”