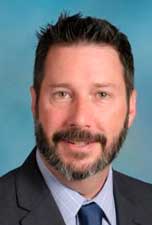 Alexander Huggard has been named head of the Upper School at Fuqua.

According to a school press release, Huggard will join the school’s administrative team for the 2016-17 school year. He will take his post this summer.

“Huggard was the High School Head and College Guidance Counselor for Eastbrook Academy in Milwaukee, Wi.,” stated the release. “There he led the high school through a period of growth and the accreditation process. He also taught History of Western Civilization at Eastbrook Academy.”

According to the release, Huggard has extensive experience teaching at the university level and has received awards and scholarships, which include being the recipient of a Departmental Dissertation Fellowship, Ignatius Fellowship, Phi Alpha Chi Award and Byington Scholar.

“He is knowledgeable in several languages, including advanced knowledge of Greek and Latin as well as reading knowledge of Hebrew, French and German,” stated the release.

Huggard received his bachelor’s degree from Wheaton College with a double major in Christian Education and Theology and holds a master’s degree from Gordon-Conwell Theological Seminary in Massachusetts.

He received his Doctor of Philosophy in Religious Studies with an emphasis on Historical Theology from Marquette University.

“Volunteering as head volleyball coach, head lacrosse coach and dedicated church member, Mr. Huggard has demonstrated his desire to give back to his community,” the release stated.

Huggard and his wife, Karen, have three children, Cullen, Christian and Joshua.