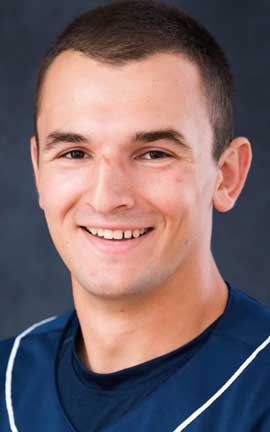 Senior C.J. Roth homered and was one of six Lancers with multi-hit games as Longwood University’s baseball team had a season-high 15 hits in a 7-4 win on Senior Day against UNC Asheville Sunday afternoon at Buddy Bolding Stadium.

The victory brings the Lancers (27-20, 11-9 Big South) within one of the school record in the Division-I era.

They trailed at two different points in Sunday’s game, but a three-run sixth inning gave them the lead for good.

Roth has hit three career home runs, all this season, and finished the game 2-for-5 with two RBI, two runs scored and a stolen base.

Cody Wager (3-3) picked up the win for Longwood, and Cody Boydstun got the save.

Michael Osinski and Carlos Garrido each had three-hit games for Longwood.

The Lancers hosted UNC Asheville on Monday, visited Duke on Tuesday and will visit Winthrop for a three-game series Friday through Sunday