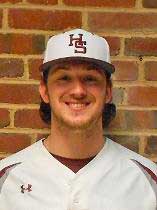 Hampden-Sydney’s upset bid in the ODAC Baseball Championship fell just short, as the second-seeded Randolph-Macon College Yellow Jackets took a 6-5 win over the fourth-seeded Tigers at Liberty Baseball Stadium on Sunday. The Tigers trailed 6-1 heading into the eighth, but scored two runs in each of the eighth and ninth to come within one. They had the game-tying run at second base with two outs, but Christian Cok picked up the save, retiring the final batter.

Hampden-Sydney concluded the season with a program-record 28 wins and an overall record of 28-15.