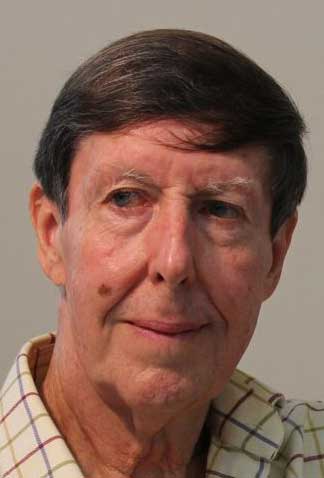 Prince Edward County supervisors have agreed to apply for a $600,000 grant that, if awarded, would aid in the expansion, relocation and partnership of the FACES Food Pantry to serve more people and become a regional distribution hub at the STEPS building on Industrial Park Road.

County supervisors unanimously voted Tuesday to apply for the grant to improve a portion of the STEPS roof. The space would house FACES, which, along with STEPS, is partnering with FeedMore, a regional non-profit organization that acts as a hunger relief agency.

The grant would come from the state’s Department of Housing and Community Development, according to County Administrator Wade Bartlett.

“We would not only continue, but it would allow us to expand,” said Dr. Ellery Sedgwick, president of FACES. “We’ve really sort of maximized our use of the current facility, and we are still growing. I think this partnership with FeedMore is a real opportunity for us to expand our operation, as well as to assist with the development of food supply in the eight-county region.”

The grant, which requires a match, would be supplemented from cash contributions from FeedMore, STEPS, using the value of the building, and FACES, Bartlett said.

Sedgwick called the project and partnership “a tremendous opportunity to leverage the consortium, the assistance from FeedMore, the $800,000 to restore a building to be a real benefit to this community and the communities around it.”

“The partnership will use 28,000 square feet of space in the STEPS building to create a regional food distribution hub and house FACES’ current operations,” Bartlett’s report to supervisors stated. “The roof over this area must be replaced before the food hub can begin to operate.”

According to FeedMore Chief Development Officer Tim McDermott, the nonprofit’s strategic plan “calls for us to increase the amount of food that we deliver, particularly fresh produce, perishable food, further along our 34-city and county service area. We will do that in partnership with FACES … This will enable them to receive more food and distribute more food across (the area).”

He said that, under the plan, FACES would become a redistribution organization for FeedMore. “We would ship the food that would service that area,” McDermott said, adding that more refrigeration would be added at the facility.

The cost of the improvement project at STEPS is about $1.4 million, Bartlett said. “The grant request will be for the maximum amount of $600,000, with FeedMore committed to advance funding for the roof replacement to be reimbursed from this grant. FeedMore has also committed to take the lead in helping secure funding from corporations, foundations and individuals for the remaining $800,000 for the project, including interior renovations, in collaboration with STEPS and FACES.”

STEPS will “provide the value of the building and about $10,000 in cash,” according to Bartlett. He said that FACES would provide about $30,000 in cash or through in-kind donations.

According to Bartlett, the grant application would not bind the county to any obligation.

“This is the best opportunity we’ve had to find funding and partnership, legitimate, very needed partnership, to be able to access funds to repair that back part of that building,” said Sharon Harrup, the CEO of STEPS.

“Essentially, it’s two operations. It’s FACES’ current operation on an expanded scale and also a hub for the distribution for the eight-county area,” Sedgwick said.

Current operations at STEPS would not be affected, Harrup said. “They will have that part … (It) will be turned over to FACES. And our board has agreed to a 10-year, zero dollar lease,” she said. “We realize the investment that the roof is going to cost. And so, if we can partner with these two very well-respected entities and be able to develop a partnership that will expand what FACES is already doing in our community, then we feel like this is a good partnership and a good investment for STEPS to invest in the community to let them use that part of the building,” she said.

Sedgwick said that FACES saves low-income residents of Prince Edward about $2 million annually. “That’s what it would cost for the 600-plus families who receive food through FACES to buy it at the grocery store.”