MGA is a three-day program in which Virginia high school students visit the state Capitol to act as senators and delegates, discuss and pass bills and network with other Virginia students. 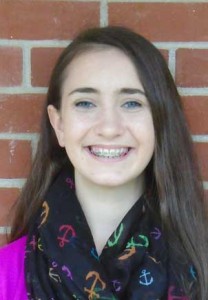 Two bills were introduced by Fuqua students. One bill proposed lowering the drinking age to 19 and the other proposed prohibiting smoking in a vehicle that had passengers under age 15. The Fuqua delegation successfully passed the smoking ban.

“This year was the best yet! It was really nice having so many Fuqua students present not only for the social aspect of it but also for the education aspect — there is much more to our state government than we thought. We all learned a lot and made great new friends at other schools across the state,” Watson said.

History and government teacher Jennings Custis sponsors Fuqua’s Youth in Government Club. “It’s a great opportunity to give students the chance to play the role and see how the legislative process works in Virginia,” Custis said.

At the closing session, MGA’s national affairs coordinator announced the group of applicants that have been chosen to participate at the Conference on Nation Affairs (CONA). CONA is a nationwide general assembly as MGA is particular to individual states. Thirty-five applicants were chosen to represent Virginia. Among them was Fuqua junior Michael Thornton.  Thornton will travel to Black Mountain, N.C., this summer.

Irene Thornton is a freshman and journalism intern at Fuqua School.