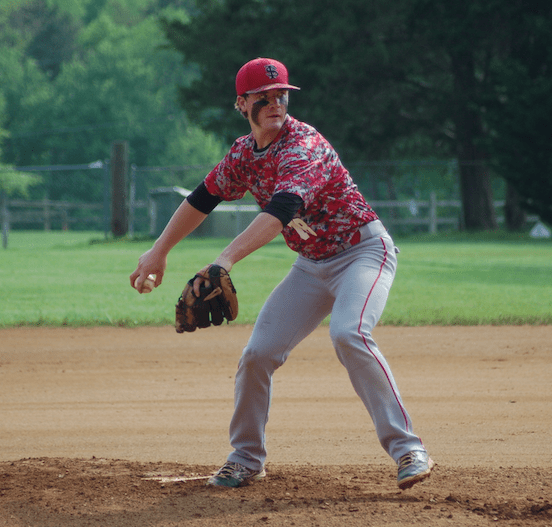 The Fuqua School baseball team recovered from an early 2-0 deficit against visiting Kenston Forest School to pull away for a 12-5 win on Monday.

Pitching was key in helping the Falcons improve to 5-8 on the season, with junior Devin Allen throwing seven strikeouts, giving up three hits, two walks and hitting one batter in nearly five innings on the mound.

“I was pleased with Devin’s being able to go deep in the game,” Fuqua coach John Adams said. “When you’ve got more than two games a week at this level, you hope you’ve got enough pitching to get through it. … Almost being able to get out of the fifth inning was nice.”

The Kavaliers took a 2-0 lead to start the game, but the Falcons responded in the bottom of the first with three runs. Fuqua added two more in the third, Kenston Forest made the score 5-3 in the fourth, but then the Falcons added sevens runs across the fifth and sixth innings to make the score 12-3. The Kavs started to rally in the seventh but could only add two runs to their total.

Fuqua out-hit Kenston Forest 11-5 for the game. Falcons freshman Christian Adams was 3-for-4 with two singles and a double, sophomore Hunter Gilliam was 2-for-3 with a walk and Allen was 1-for-3.

Coach Adams noted Allen, Gilliam and Christian Adams have been leaders for the young Falcons team that features two freshmen starters and no seniors.

Additionally, “we pulled up an eighth-grader who’s been playing second base for the second half of the season, and that’s Colton Copley,” Coach Adams said.

As for what was the deciding factor against Kenston Forest, Coach Adams pointed to timely hits and aggressive base-running.

Fuqua had a similarly lopsided win against the Kavaliers on March 16, winning 13-2.

Christian Adams noted the Falcons still had some errors in Monday’s game, but said, “We’re still doing pretty good for our age.”

“It’ll be a stretch for our young team, but we would love to,” he said.

Fuqua hosted USA Home School on Tuesday, visited The Covenant School on Thursday and is set to visit North Cross School on Monday at 5 p.m.