Due recognition for Dews 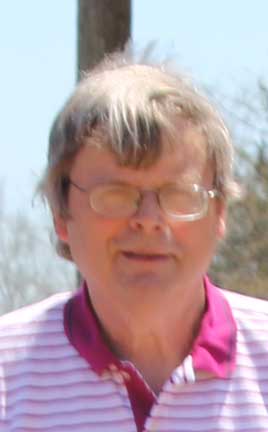 Ralph Dews has had a special reason for giving back through his service within the Prince Edward-Farmville Youth Association.

And his over 28 years of service has made him someone special to the young people who participate in baseball, softball, softball and basketball through PEFYA.

Therefore, it was only appropriate that the association surprised him at the April 16 Opening Ceremonies for Dixie Youth baseball and softball with the special honor of naming its basketball/soccer complex after him.

“It was the greatest honor that I ever had,” Dews said. “I didn’t know that I had done enough to have that honor, to tell you the truth.”

PEFYA Member at Large and Softball Commissioner David Schmidt noted it was well-deserved.

“I don’t think there would have been a more deserving person to do it for,” Schmidt said.

Dews has been a consistent presence to anyone involved in the association as he has volunteered in a variety of ways, including maintaining its fields, running concessions, coaching and even some umpiring.

For the last 21 years, he has been the PEFYA president.

“He pretty much is almost like a father to everybody,” Schmidt said. “A lot of the kids up there now — even my kids — kind of refer to him as ‘Papa Ralph.’”

Dews got his start helping the association by getting children of his own to play.

“I have the pleasure of being the father to six wonderful kids, and I got involved with them over the years,” he said.

His oldest son, Travis Dews, is in his 30s now, but “when he was about 4 years (old), why, we got started,” said Ralph Dews, noting his son began with soccer.

All six of his children participated in PEFYA sports.

But Dews also had another reason for wanting to help out.

When he was only 7 years old, his mother passed away after suffering a cerebral brain hemorrhage.

One of the things that helped him through that time of his life was a youth sports league that he was involved with. It featured caring and generous people who made arrangements to be sure he could participate like the other children.

On game days, “other parents in the league would make sure I got to the game and got home,” he said.

Now he is the one making arrangements to be sure young people have the opportunity to play.

Eliminating other competing focal points during his presidency, “what’s he’s done for the organization is he’s always made it to where it was about the kids,” Schmidt said.

Great effort was taken to make sure the dedication of the basketball/soccer complex on April 16 was a special surprise to Dews.

“We contacted his whole family and then a couple of the big people in the organization that had been (involved) in the past with him,” Schmidt said.

“We even stayed late in some board meetings trying to get him out the door so we could talk about it.”

All of Dews’ children secretly assembled to be present for the dedication, coming from their places of residence like Charlottesville, Maryland and Pennsylvania.

“It was a very emotional day,” Dews said.