Debate ‘should provide a real boost’ 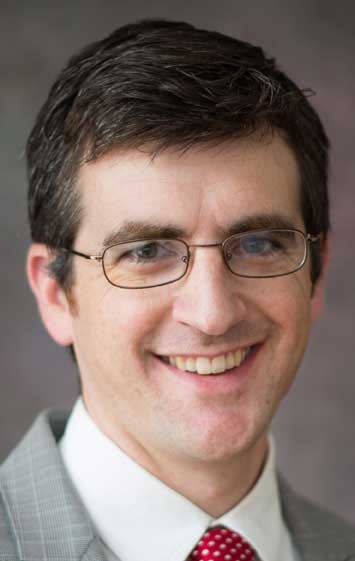 I’ve got lots of questions about the vice presidential debate. Can I get tickets to the debate? How will the debate affect local businesses? Why is Longwood hosting it?

We’re about six months away from hosting the 2016 vice presidential debate, on Tuesday, Oct. 4, and the unprecedented opportunity to welcome the world to Farmville. We know the community has questions about what to expect, and are grateful The Herald has set aside two You Asked columns to let Longwood address some of those questions.

You can also sign up for emailed debate updates at debate.longwood.edu, where you can also see other questions answered in the “Community FAQ” section.

HOW WILL THE DEBATE AFFECT LOCAL BUSINESSES?

It should provide a real boost. One study of a past debate site estimated that hosting provided more than $10 million in direct economic impact, though the real impact we hope will be long-term, from the attention the event calls to the region and the story it helps share.

Longwood has already begun working with local restaurants and other businesses on ways we can direct visitors to them, and we will be working hard to encourage visitors to walk, shop and write about downtown.

Longwood itself will also be spending several million dollars on preparations, much of which will circulate back into the local economy (Longwood has set aside money to pay for the debate from cash reserves, so it’s not coming from student tuition, and no existing budgets are being impacted).

Local businesses that have questions or want to make sure Longwood is aware of their services can contact Jen Cox, who is our debate liaison to the local community, at coxjc@longwood.edu.

WHY IS LONGWOOD HOSTING IT?

Hosting a debate is a great opportunity, honor and public service. The opportunity lies in sharing a positive story about Longwood and Farmville with visiting media and the wider world (the TV viewership of the debate is likely to exceed by a factor of at least three the ratings for last week’s NCAA Men’s Basketball Final). Our electoral process can be messy and even ugly, but these debates are a model of civility that is genuinely admired throughout the world. They represent a powerful idea that will now forever be linked to Farmville and Longwood.

The debate also offers great opportunities to engage students, alumni and friends in an important part of the democratic process (we’ve had approximately 800 people so far put their names forward to be available for volunteer opportunities, which you can do at debate.longwood.edu.)

Dozens of Longwood classes are being created or redesigned around the debate. We’re also working on a substantial K-12 outreach program that will bring area schoolchildren to campus to talk about citizenship and involve them in the debate.

Many of the preparations we are undertaking, from improving IT and some campus facilities to new academic programming related to citizenship preparation, are worthwhile regardless of the debate and will have lasting value; the debate merely provides a useful push to move forward with them.

Longwood’s strategic goals include drawing more people to campus and contributing to regional prosperity, and it’s hard to imagine a better way of advancing those goals.

Last but not least, though it will take plenty of work, we think it will be a lot of fun.

CAN I GET TICKETS TO ATTEND THE DEBATE?

Sorry -— probably not. Once the stage is built, there will be only a small number of seats for the in-person audience.

Not even the media will be inside; almost all will watch from the Health and Fitness Center. Longwood does not control ticket allocation. The university may receive a small number of tickets, but we won’t know how many until right before the debate, and students will be prioritized.

However, we are planning a series of events that will make the campus a vibrant place to be, and the watch party, just steps away from the event, will provide an opportunity to be a part of history.