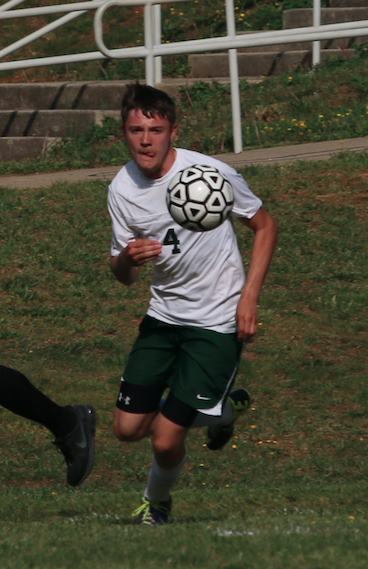 The Buckingham County High School boys soccer team fell 8-1 to Dan River in the Courthouse 37 Conference tournament quarterfinals on Monday, bringing a difficult season for the Knights to an end.

They finished the year with a record of 6-10.

Part of the reason the year was always going to be a challenge was the amount of youth on the roster.

“We had flashes where we played really good for periods of time,” Whittington said.

One of those flashes came against elite Prince Edward County High School.

“For a good 60 minutes, we were with them, 2-1, right there with them, and then obviously, they just pulled away from (us),” Whittington said. “We took Randolph-Henry down to the end 4-3. So, there was times when we played pretty well, then there were times when we weren’t there. And it happens, it happens sometimes, especially with younger kids.”

When it came to standouts for the Knights this year, Whittington said, one of them was “without a doubt, Tinos (Trejo).”

The senior forward finished the year with 28 goals.

“He still had close to 10 assists, which for a forward to have 10 assists, that’s ridiculous,” Whittington said. “Forwards don’t usually give the ball up very easily. They like to keep it all to themselves.”

In the midfield, “Austin Flood had a pretty good season,” Whittington said of another of his seniors. “He, basically, was the set-up man for Tinos. I think he ended up with 20 assists for the year.”

Also key on offense was senior Zachary Baird, who Whittington said “had a good year. He scored close to 10 goals, I think, this year.”

To graduation, “I lose Cody Smith on defense, who had a pretty decent year,” Whittington said. “He was pretty solid in central defense.”

“We’ll be really young next year when we start out,” the coach added.