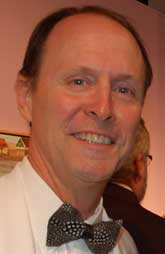 Farmville Area Chamber of Commerce Vice Chairman Brad Watson scolded the Prince Edward County Board of Supervisors for not promoting economic development, cutting outside agency budgets and not partnering with other entities to create jobs and bring new businesses to the county. 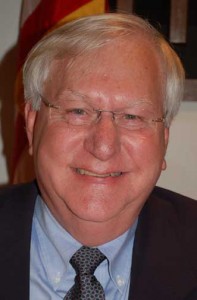 “Something must be done about Prince Edward County,” he said, referencing a recently published book, “but that must be an increased appetite for economic development. I’m really tired of do-nothing policies. They say the best time to plant an oak tree was 20 years ago. The second best time is right now.”

“Join me in demanding that Prince Edward County do everything it can to make people want to stay here and want to move here,” Watson said. “Demand they do everything … they can to get our families and our children to move back here to raise their families and live and work. Demand they partner with the Town of Farmville, with the community college, with the small business development center, with Downtown Farmville, with the chamber to do more than they could do on their own. Because if we stay the current course, taxes will continue to increase just as they did last week.”

During the board’s budget adoption process, supervisors agreed to cut all funding to Southside Virginia Community College and reduced its funding of the Farmville Area Chamber of Commerce and the Longwood University Small Business Development Center.

“Last year, our budget was roughly $1 million or $1.1 million more than what our revenue was, which we basically had to take that much out of our fund balance to manage the county’s finances,” said Buffalo Supervisor C.R. “Bob” Timmons during an interview in response to Watson’s comments. Timmons proposed some of the cuts. “You just can’t continue doing that.”

He said the board’s goal this year was to have a “true balanced budget and not raise the taxes. The tax did go up two cents, but that was just as a result of levelizing the taxes from our reassessment a year ago.”

To balance the budget, a vast majority of spending in each budget category was cut, he said.

“The money they got from us was not necessarily used for, according to what they gave us, was not used for the academic studies … It was just used for some of their organizational things that they do for outings for their teachers and that kind of stuff,” Timmons said of the SVCC funding.

He said that because the college charges tuition and fees, that was one agency that was reduced.

“Up until this year, we were (one of the highest),” he said of the board’s membership level with the chamber of commerce. “That gives us two, I think three tables at every event that they have. And, so what we decided to do this year, was to go back to the standard membership and for those special events, we would then buy the tables that we wanted to participate in … This is not the only money they get from us.”

Timmons said that Longwood pushed “pretty hard with the board for us to not take and give them an increase in their funding.”

Watson prefaced his comments during the Monday chamber meeting at Charleys Waterfront Cafe referencing that his son, a high school senior, “probably won’t come back here to live. Why would that be? There’s not a lot of white-collar jobs for him to come back to.”

Watson said he was speaking of business and industry recruited by the county, not firms that came on their own.

“Brad is just totally and grossly misinformed,” Timmons said of Watson’s assertion that the county had not recruited new businesses in the last eight years.

“The Town of Farmville has done a lot to spur economic growth … They’ve made a big effort,” Watson said.

He noted the budget cuts to Southside Virginia Community College, taking the county’s contribution to zero.

“In the current budget that was recently finalized, Southside Virginia Community College … had their funding cut entirely from the county budget. The Longwood Small Business Development Center … funding was cut 10 percent but has been cut 55 percent within the last five years.”

Watson, noting that contact information for each supervisor was available in the back of the room, encouraged business leaders and owners to call county supervisors to tell them “…you don’t like these initiatives they have.”

He said that, in order to restore funding for the community college, the small business development center and the chamber, tax rates didn’t need to be increased. “They’ve got $9 or $10 million in reserve funds …,” Watson said.

According to Timmons, the county’s fund balance is closer to $8 million.