Buckingham softball on the ascent 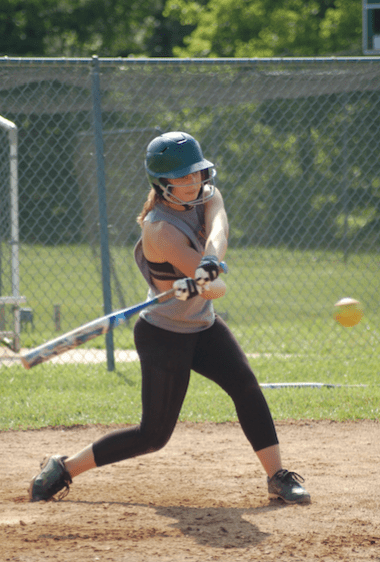 There is a turnaround going on for the Buckingham County High School varsity softball team, and Monday brought the latest evidence of it.

Buckingham coach Mark Christian said it was the “first conference win in probably six or seven years, probably since ‘10.”

The Knights did all of their scoring in the second inning.

“I believe it was bases loaded, and Tiara (Bolden), my right fielder, she hit a nice fly ball to right field and scored that third run, which … we really needed it,” he said.

The team did not realize how necessary that final run was until the Lady Hawks scored two runs in the bottom of the seventh inning.

“We had a couple mental miscues, but we were able to — as we called it all year — ‘keep the lug nuts tight’ and come out with the win,” Christian said. “And it was just wonderful because first time we’ve had 10 wins since ‘10, as well.”

Buckingham held a record of 10-9 going into its semifinal game on Wednesday evening against Chatham.

The Knights have a legacy of success, but it has been a while since they have experienced it.

“From ‘05 to ‘10, we were always in the mix as far as going to states and all that stuff, and then it sort of went downhill,” Christian said.

The revival of the team’s fortunes this season has come despite a shrinking roster, some of which has been due to injury.

The Knights started the season with 13 varsity players and are down to 10 now, though the team will be bolstered by two more players that Christian called up from the junior varsity team.

Some of the standouts for the Knights this season were stars in Monday’s game, including Bolden, a senior, who went 2-for-3.

Senior Melissa Wright got the win in the circle, and was 1-for-3 at the plate.

Christian noted she is batting around .500 right now.

Junior Mattie Heslip and sophomore Emily Gormus each went 1-for-3 against the Lady Hawks.

“It was a real big team effort yesterday, because a lot of the bunts and stuff were just perfect bunts …” Christian said. “They were just perfectly placed. For things to go right (for Gretna), the defense had to do a perfect play and make decisions and stuff.”