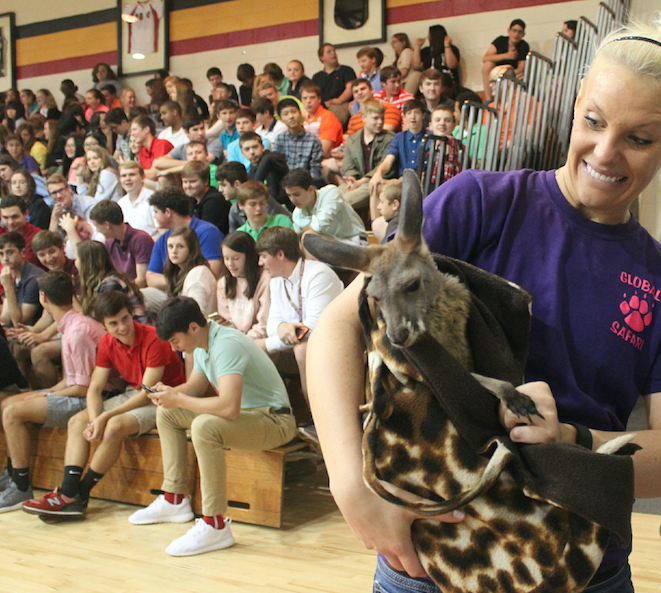 Fuqua School students recently enjoyed an Australian animals’ assembly presented by Wildlife Encounters of Gretna, a non-profit organization dedicated to educating the public about the natural world while offering a home for animals in need.

The kookaburra is a carnivorous bird unlike the parrot who eats berries and nuts. The kookaburra is known for its vocals, which sound like a shrieking “laugh” and this call has been used in jungle movies for many years because it sounds like a group of monkeys.

Alicia Thomas, the presenter, told the students to roll their tongues to make the “R” sound like in Spanish, and the kookaburra started to sing.

Last was the adorable baby kangaroo. Thomas shared how each animal had been rescued, “The first three animals came from abusive homes, and the baby kangaroo was rejected by his mother. If this had happened in the wild, the baby would have died. It happened in a zoo so I will care for the kangaroo until he is ready to go back to the zoo.”

Wildlife Encounters has provided a home for animals in need for almost 30 years offering rescue, rehabilitation, adoption and educational programs.

The school thanks the Fuqua School Parent Teacher Student Association (PTSA) for sponsoring the assembly.