A renaissance of art, 40 artists show at the Heart of Virginia Festival 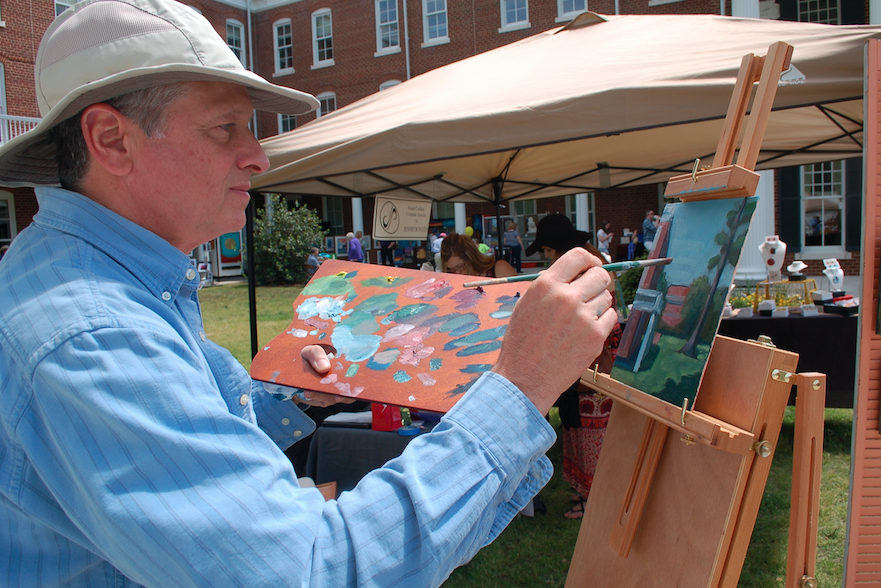 Artist David Spears, of Buckingham, paints the Longwood Rotunda during the festival.

Forty artists from as far away as North Carolina displayed paintings, pottery, jewelry, mixed media, watercolors and other art forms at the revamped Outdoor Arts Show at the Heart of Virginia Festival on Saturday.

Buckingham artist Martha Pennington Louis, who helped organize the show, said she was “…exceptionally pleased with, not only the weather, but sales and the ambiance, just the feeling of the show.”

Louis said that many of the artists noted that the show was different from many they’ve been to before. “There are people who haven’t been to the outdoor art show in years,” she said.

“There wasn’t enough art to bring them in years past.” 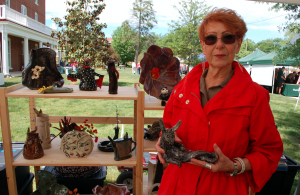 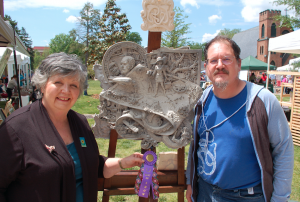 Andrew Lonon, right, won the Best in Show award at the festival. Pictured with Lonon is Martha Pennington Louis, who presented the award to the artist. He received $300 from Central Virginia Arts. The sponsor was the Town of Farmville. 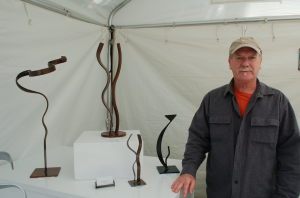 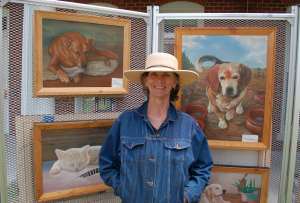 Lee Morrison, of Buckingham, stands among her paintings of animals. 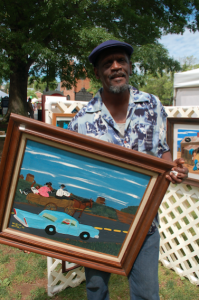 Folk artist William Clarke, of Blackstone, displays one of his many paintings. 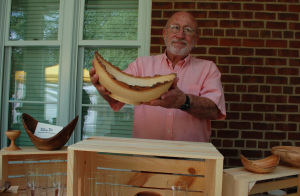 Pete Johnson, of Mount Jackson, shows off his wood carvings.