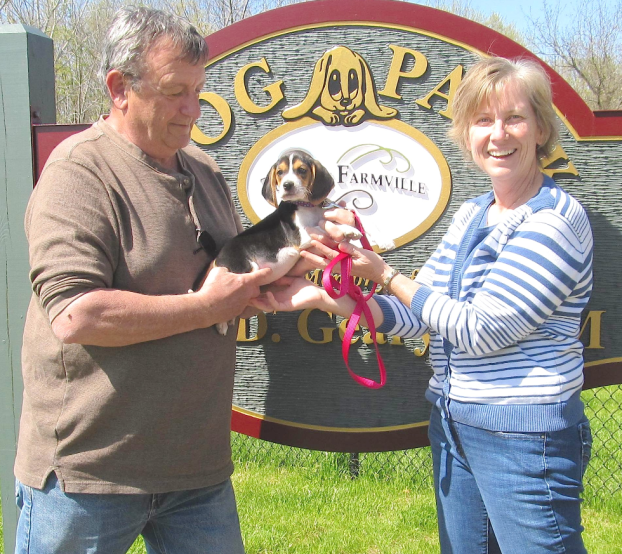 When Farmville went to the dogs

When Farmville was founded in 1789, it would have been a most unusual family that did not own a number of dogs. Even two centuries later as I sit on my porch on Second Avenue, not many minutes go by without someone walking a puppy — a leash in one hand and plastic bag in the other! Indeed we are and have always been surrounded by “our best friend”— the dog.

Evidence from archaeological sites around the world shows that the first animals to be domesticated by humans were dogs whose prehistoric ancestor was the wolf. We have populated the globe for the past 12,000 years with dogs at our side. Why has the dog come to mean so much to us?

When European colonists settled Virginia, dogs were an absolute necessity. The lives of settlers were in the hands — actually in the barks — of their dogs! Additionally, a certain quirk of dog behavior was a great advantage to rural folks living without burglar alarms. One of my anthropological colleagues wrote this: “The dog is the only animal who takes joint ownership in all his master’s property — in other words, a dog claims control over ‘his people’s’ house and property.” 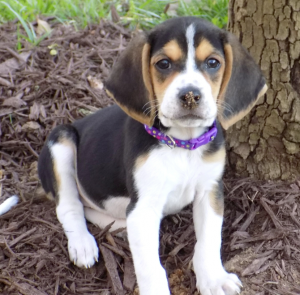 Beagles are scent hounds with great tracking instinct, evidenced by the dirt on Bailey’s nose.

Also in those older days almost every family kept livestock. Specially trained “ketch dogs” had the task of rounding up livestock. Then there were hunting dogs — the pride of every rural family. Blueticks, black and tans, redbones, coon dogs, plots, curs and Airedales made fine “bear dogs.” Feists were used for squirrels and deer, bulldogs for boars, walkers for foxes and beagles for rabbits. All these “hunting dogs” were not merely doing their jobs for sport and fun — their labors and skills put food on the table.

Training a dog for hunting was not an easy task, as our ancestors knew. In 1835 a Prince Edward farmer said the only good way to train a bear dog was to stage a hunt with several skilled dogs and allow them to train the novice puppy.

The best tracking hounds had two special jobs to perform in rural Virginia in the 1700 and 1800s. Robust and rugged “hawg dogs” tracked down razorback feral hogs that roamed the woods and rooted up gardens while foraging for food. The hawgs, traveling in packs, were dangerous to farm animals and people, too. An exceptional hawg dog could be hired out to neighbors who found themselves in need of this dog’s rare and valuable skill. A second unusual task hounds were asked to perform was to track fugitives. These trackers could follow an invisible scent, had tremendous stamina, ran three times faster than a man and relayed the direction of a fugitive’s flight with barks and yowls.

Nowadays, of course, these dog skills are not often called upon, but other characteristics dogs possess are potentially just as valuable. The American Animal Hospital Association notes that dogs are able to sense changes in the weather that humans cannot. Change in the barometric pressure and concentrations of chemical like ozone, signs of electrical storms and tornados, are sensed by dogs who signal this by their agitated behavior.

A more obvious value of dogs in our modern world is the joy, comfort and companionship they bring to us. Our “pet” dogs form a network with other dog lovers that link human communities. This was wonderfully highlighted in Farmville this year with the opening of the Dr. Erica Geary Dog Park. Dedicated to the memory of Dr. Geary, a veterinarian at Ridge Animal Hospital, the park is a symbol of the links that bind us to “our” dogs.

Dr. Mark French, a major donor and advocate for the park, stated at the dedication ceremony that it was, “a great day for Farmville — not only for dogs, but also for people.”

Though the days may be past when folks needed a family dog to guard sheep, our dogs continue to be tied to us in many ways. The hippie-era band, “Three Dog Night,” took its name from the times of those early settlers — a three-dog night was so cold you needed three of the family dogs in a bed with you to stay warm!

We still long for the companionship of dogs today in places like rehabilitation clinics or hospitals. Therapy dogs — a new role for man’s best friends — are there to snuggle our hands and remind us once again of an emotional bond that for thousands of years has made us love our dogs.

DR. JIM JORDAN is a professor of anthropology at Longwood University. His can be reached at (434) 395-2244 or jordanjw@longwood.edu.