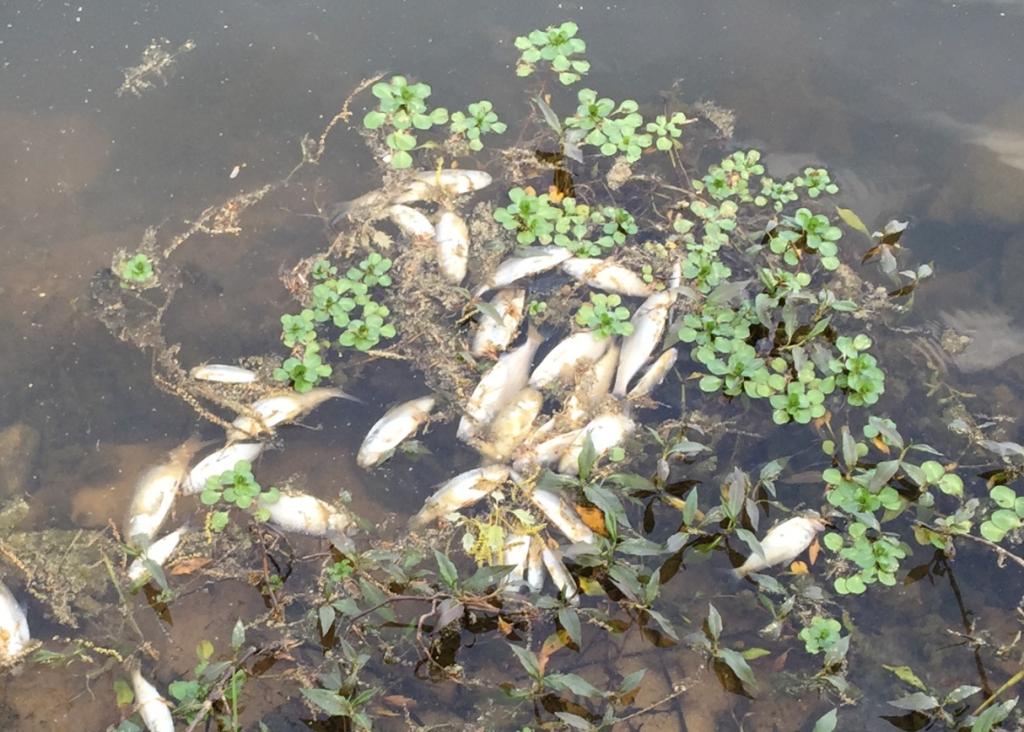 A drastic increase in water temperature has killed a noticeable number of fish at Sandy River Reservoir in Prince Edward County.

“(The Virginia Department of Environmental Quality) has been notified of a fish kill, mainly of Gizzard Shad at the reservoir,” agency spokesman Bill Hayden said.

The cause “appears to be a sudden warm up in the water. The water had been cold, and when it suddenly warmed up, it put too much stress on the fish and they died,” he said.

The agency will continue to monitor the situation, he said.

“If there are dead fish in the area you may not want to be in the water, but fishing is still OK.”

There’s no word on how many fish have died.

According to the state’s Department of Game and Inland Fisheries, Sandy River Reservoir is a 740-acre water supply impoundment located east of the town of Farmville.

“Sandy River Reservoir is one of the newest lakes in Virginia with construction completed in 1994 and fishing opened in 1996. The reservoir was built and is owned by the county of Prince Edward with fisheries management responsibilities belonging to the Virginia Department of Game and Inland Fisheries.”