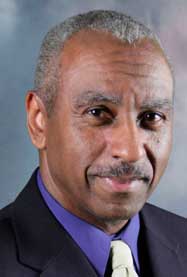 The application process for Prince Edward’s next school superintendent has closed and 34 people have applied for the position.

According to Buffalo District Representative and School Board Chairman Russell Dove, the number of applicants is 30 percent more than previous searches conducted by the division.

“I’m both excited and optimistic about this opportunity to find that exceptional new leader,” Dove said.

Dove said 14 of the applicants are from Virginia and four are from North Carolina. The remainder of the candidates are from a variety of states.

Farmville District school board member Sherry Honeycutt said the board will meet with Wayne Harris and Kevin Castner from BWP Associates — the contracted search firm — on Friday to review the superintendent applications that will be presented.

During the closed meeting, the search committee, consisting of Commonwealth’s Attorney Megan Clark, Longwood University President W. Taylor Reveley IV and Dove, along with the school board, will select between eight candidates, depending on the quality of the applicant pool.

According to the profile, desired characteristics for the next leader include someone who is a visionary instructional leader, effective communicator, collaborative manager and possesses individual personal qualities promoting diversity and respect.

The profile also stated that the next superintendent should live in the county or within approximately 25 miles of the schools.

Interviews will be conducted over the course of the next several weeks, Dove said.

“The initial interviews may be conducted by phone or by Skype,” he said. Finally, Dove said the top candidates will be invited for face-to-face interviews.

He said interviews are projected to be completed by May 30 and the next school chief should be in place by July 1.

In December, Superintendent Dr. David Smith said that he wouldn’t seek a renewal of his contract, which expires in June.