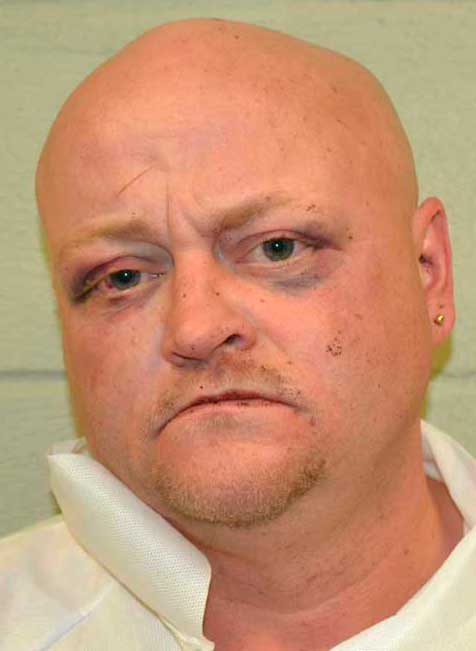 A circuit court judge Friday convicted a 42-year-old Buckingham County man of capital murder of multiple persons and two counts of murder in the first degree.

Gregory Anthony Taylor was found guilty in the shooting and stabbing deaths of 65-year-old Radford Thomas Ranson and 51-year-old Kenneth Dean Beasley, both of Dillwyn. The two were found dead on Nov. 23, 2014, at 78 Roachs Lane.

About 20 people sat in the circuit courtroom’s gallery as Commonwealth’s Attorney E.M. Wright and defense attorney Carey Bowen gave their closing remarks after the three-day trial.

Bowen argued self-defense as the reason for Taylor’s actions while Wright said he acted with malice.

Wright told the court that there was premeditation and malice to warrant the first-degree murder charges.

According to Wright, Beasley was shot once and stabbed over 20 times by Taylor. Ranson was cut several times as well, fatally on his arm, the prosecutor said.

According to Bowen, the two had been “whispering” and looking at Taylor a lot during the day, which made the defendant feel uneasy. Beasley had brought Taylor to Ranson’s home, Bowen said.

“Fear blurs details,” the attorney told the court. He said evidence showed that Beasley and Ranson wanted to hurt Taylor.

“What triggered this was, ‘Hook, get the pistol and we’re gonna put him in the ground,’” Bowen said, quoting Beasley and referencing Ranson.

Bowen said Taylor was “fighting for his life” in self-defense while the three fought each other in the house before the two were killed.

Bowen said that it was never Taylor’s intent to kill the two. “He thinks he did the right thing.”