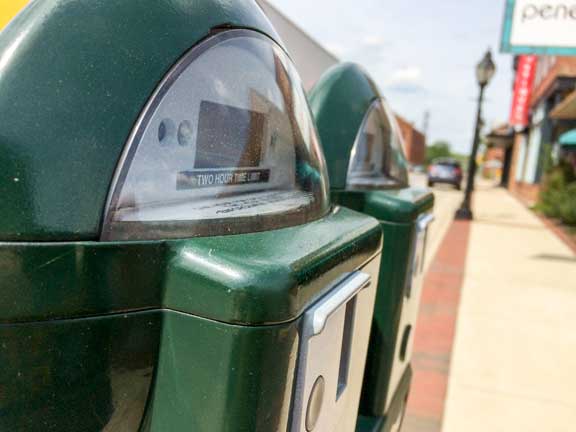 Longwood University and the Town of Farmville are facing changes when it comes to parking.

Gerald Spates, Farmville’s town manager, said that the town is working to develop new signage in parking areas to make it “easier to follow.”

The new signage is not just for the upcoming vice presidential debate at Longwood, but will be permanent.

According to Spates, the town is not planning on creating more parking spaces.

Longwood University followed a similar mindset when approaching the idea of expanding parking.

“There are no plans to purchase any new parking areas at this time,” said Matthew McWilliams, director of communications and media relations at Longwood University.

“However, there is a team that assesses parking needs and we have an ongoing dialog with town officials regarding parking needs for our campus community,” he said.

With the debate fast approaching in October, there are still many questions to be answered regarding parking during the debate and afterward.

“We’re still in the preliminary phases of it,” said Spates regarding parking during the debate.

Chidester’s ultimate goal is to make the most “effective operation possible.”

McWilliams said, “We have a team working closely with town officials on assessing parking needs and forming a comprehensive plan that will minimize disruption on campus.”

“(As) plans solidify, we will communicate parking plans with the campus and town communities,” McWilliams said.

“We’re really not going to be able to finalize things for several months,” said Spates. “It’s a work in progress.”

“We have a team working closely with town officials on assessing parking needs and forming a comprehensive plan that will minimize disruption on campus,” McWilliams said. “The university and the Town of Farmville (have been) working together on the efforts approaching the debate since the announcement back in September 2015. The town has been involved in those conversations from the beginning.”

“The town thus far has been tremendously helpful and productive,” Chidester said. He said the Commission would work to make “those details in the least disruptive way possible.”

Currently, Longwood University uses its administrative policy as its definitions for parking standards.

Specifically, the policy indicates that there are various types of permits, “faculty, staff, commuter student and residential student,” with specific parking lots and spaces color coordinated to match the types of permits. These parking spaces have a “24/7 parking policy in effect” where cars must remain “in their specific decal zones.”

The policy also explains “the university, however, cannot guarantee a parking space on campus.”

With the construction of Sharp and Register halls, the two new dorms, Longwood is adding 200 more on-campus residents. According to McWilliams, Longwood believes that the “current parking configuration is sufficient to accommodate those students.”