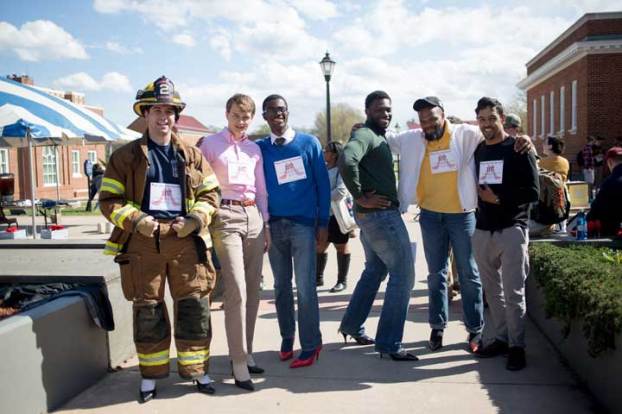 Though the walk was playful in nature, its main purpose was to raise awareness about rape, sexual assault and gender violence.

Walk a Mile in Her Shoes is an international event started in 2001 by Frank Baird. According to its website, the event is meant to bring men into the conversation about sexual assault in an effort prevent future assaults from occurring. 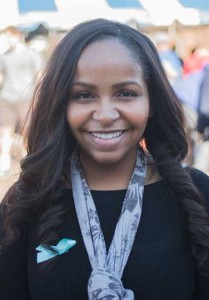 Courtney Addison, Longwood’s associate director of diversity and inclusion, was instrumental in bringing the event to campus three years ago.

Having participated in and planning marches, she knew it was important to hold the event in this community.

Longwood’s Office of Diversity and Inclusion partnered with the office of student conduct and integrity to plan the event.

Dr. Tim Pierson, Longwood’s vice president for student affairs, helped kick off the march by speaking to the importance of awareness.

Elizabeth Chassey, a sexual assault program director at Madeline’s House, also spoke to the importance of stopping domestic and sexual abuse, saying “men can step up and help prevent.”

Samuel Mcclain, a Longwood student, found out about the event from some friends and decided to join in.

“I came out because we’re doing this for women around, women who have been abused, women who don’t have a voice, women who aren’t believed when they speak out about some things,” he said.

During the march, men walked down Longwood’s Brock Commons, turning onto High Street and then walking down Griffin Boulevard, eventually turning left onto campus and completing the loop back at starting point.

As they stumbled through, a horn was honked every 107 seconds to remind the men of how often sexual assault occurs in America.

David Bushhouse, a H-SC freshman, said, “My toes are quite squished. I’m feeling the pain … We’re excited to get the word out there. We care about this, and it matters.”

“I think it’s so important because this is a problem not just on our campus, not just on campuses in general, but in our society,” Addison said. “As a woman myself and as a mother, I just think it is important that we are being proactive in trying to educate.”

“I feel that the first thing we can do to stop sexual assault is to teach our boys not to commit sexual assault and crimes,” said Tyler James Langhorn, a H-SC junior. “If I could do an event like this once a season, once a month, I would. Anything to raise awareness.”

This year between 80 and 85 men participated, Addison said. She hopes for at least 100 men to march in next year’s event.

For more information about the Walk a Mile in Her Shoes organization, visit its website at  www.walkamileinhershoes.org/.

To donate to or volunteer to Madeline’s House, visit www.madelineshouse.org.