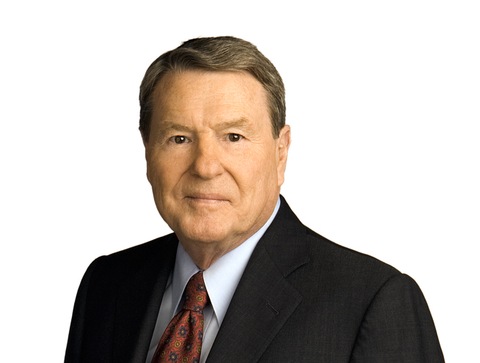 Balz, one of Washington’s most respected and accomplished journalists and the leader of the Post’s 2016 election coverage, will deliver Longwood’s Commencement address on Saturday, May 14.

“For anyone who follows politics closely, Dan Balz is the gold standard and the undisputed dean of the national political press corps,” said Longwood President W. Taylor Reveley IV. “In an era of great contentiousness and loud arguments in our national politics, Dan is a model for the kind of thoughtful and fair journalism we so urgently need. It will be wonderful for Longwood to hear firsthand the perspective he has gained from four decades covering politics, particularly this year, as we prepare to welcome the eyes of the world to Longwood next fall.”

Balz is the author or co-author of four books, including two bestselling insider accounts of the two most recent presidential elections: “The Battle for America 2008: The Story of an Extraordinary Election;” and “Collision 2012: Obama v. Romney and the Future of Elections in America.” 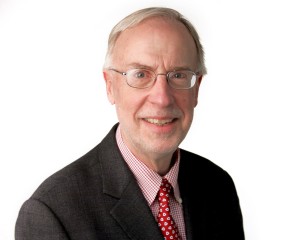 He began his professional journalism career covering the 1968 Democratic National Convention in Chicago and joined the Post 10 years later.

His awards include the American Political Science Association award for political coverage, the Gerald R. Ford award for coverage of the presidency, the White House Correspondents’ Association’s Merriman Smith award for deadline writing about the presidency and the prestigious Robin Toner award for political coverage. He is a frequent guest on television news programs such as “Washington Week” on PBS and “Face the Nation” on CBS.

Jim Lehrer, the former host of PBS Newshour and the author of more than 20 books, will address students at Convocation on Sept. 8. His memoir of his experience as debate moderator, “Tension City,” has been selected for Longwood’s First Year Reading Experience this fall and will be read by all incoming freshmen, and Lehrer will also be speaking with freshmen during his visit to campus.

Lehrer is the most respected and heralded debate moderator in American history, having led an unprecedented 12 debates since 1988. His non-partisan and well-prepared approach to moderating earned him the confidence of every major political candidate, and in both the 1996 and 2000 election years he was tapped to moderate every debate of those cycles.

Lehrer stepped onto the national spotlight in 1973 when he teamed with Robert MacNeil at the National Public Affairs Center for Television to provide Emmy Award-winning continuous live coverage of the U.S. Senate’s Watergate hearings for PBS. The pair remained a formidable journalistic duo for the next two decades, first for the half-hour MacNeil/Lehrer Report and then in 1983 for the award-winning The MacNeil/Lehrer Newshour. When MacNeil left the show in 1996, Lehrer became the sole host and guided the program until he stepped down as anchor in 2011.

For his extensive work, Lehrer has won nearly every top award for broadcast journalism, including a Peabody Award, two Emmy Awards, the 1999 National Humanities Medal, Chairman’s Award at the 2010 Emmy Awards, Fourth Estate Award (the top honor given by the National Press Club), the William Allen White Foundation Award for Journalistic Merit and is a 1999 inductee of the Television Hall of Fame.

“No other person has the breadth of experience and deep insight into the place of debates in our democracy as Jim Lehrer,” said Reveley. “His thoughtful approach to journalism, on display nightly for many years, won the respect of figures across the full breadth of the political spectrum and provides a true example of citizen leadership for our students. His address will help set the stage for the integral moment in our democratic process that will be on display at Longwood.”

The Farmville Town Council has decided to keep the residential parking decal fee at $5 per year per vehicle. “When... read more