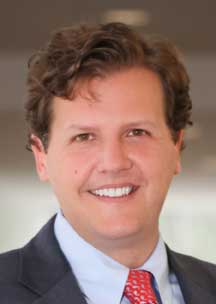 Longwood University has been appropriated over $40 million in capital funding based on the final budget approved by the Virginia General Assembly and signed by Gov. Terry McAuliffe.

According to a press release from the university this is the largest amount received from the commonwealth to date in a single year for the school.

“It was an exceptionally strong year for Longwood in terms of support from Richmond, which is of course good news not just for the university, but for our regional economy and community as a whole,” said Justin Pope, chief of staff to Longwood President W. Taylor Reveley IV.

In the release, Reveley said that Longwood is grateful for the strong support from Richmond.

Funding in the final state budget will aid with a new admissions office, a 42,000-square-foot academic building, equipment for the Student Success Center and repairs to the Wheeler Mall steam distribution system. Work is scheduled to begin on the building projects following the release of funds from the department of planning and budget.

“Both the new admissions building and the new academic building were actually first identified in the previous master plan,” Pope said. “Basically, all of the assorted construction projects currently underway at various stages on campus date to the previous plan. The new plan reinforces them, but its major focus is what comes next after the current wave of projects is complete.”

The release stated that the new academic building will house a variety of classrooms, faculty offices, collaborative learning spaces, digital and distance learning, and the Center for Faculty Enrichment. In addition, the new building will address 75 percent of Longwood’s need for additional academic space.

“With these projects now assured funding, plus the others on campus already moving forward, we can be assured that a very high proportion of our space needs on campus will be addressed within the next few years,” said Reveley in the release.

At the current time, the university has a constructions projects underway, including the new Student Success Center, Upchurch University Center and two new residence halls.

Del. James Edmunds (R-Halifax), who represents Farmville is the Virginia House of Delegates, said he was glad for Longwood and the school’s request was minimal compared to many colleges.