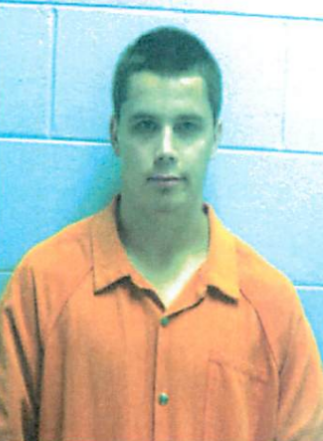 A 18-year-old former Hampden-Sydney College (H-SC) student has been arrested and charged in connection with distribution of marijuana, weapons violations and numerous thefts at the college.

Bradford Sprouse, of Chesterfield, has been charged with six felonies and three misdemeanors after being reportedly found in possession of “a large amount” of marijuana, prescription medication, over $6,000 in cash, numerous guns and ammunition, according H-SC Police Chief Scott S. Williams.

“On April 19 … at approximately 5:45 p.m., a Hampden-Sydney Police Officer was conducting foot patrol in the area of Fraternity Circle in reference to recent burglary and larcenies over the past month,” Williams said.

As the officer passed a 2002 Silver Ford Explorer, he observed a shotgun in the front seat of the vehicle. “The officer was able to determine the operator of the vehicle as a Hampden-Sydney freshman named Bradford Sprouse. …”

While retrieving the weapons, “probable cause was developed for a search of the vehicle where numerous firearms, hunting equipment, alcoholic beverages and coolers and drug paraphernalia were discovered,” Williams said. 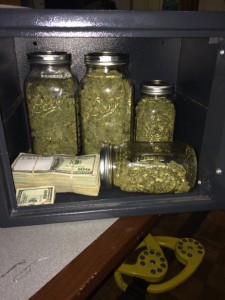 Bradford Sprouse, of Chesterfield, has been charged with six felonies and three misdemeanors after being reportedly found in possession of “a large amount” of marijuana, prescription medication, over $6,000 in cash, numerous guns and ammunition, according H-SC Police Chief Scott S. Williams.

During the search, a handgun, three rifles, shotguns, a hunting bow, over 22 boxes of ammunition and a “bong” smoking device were found, police said.

“A loaded handgun was found directly under the driver’s seat. During the investigation it was determined that a shotgun, a compact hunting bow and a pair of binoculars recovered were actually stolen in burglaries that occurred over the past months on campus,” Williams said.

On Thursday, April 21, “information was developed and a search warrant was obtained for the room of Mr. Sprouse in Cushing Residence hall,” Williams said. “More items were found inside the room that matched the description of items stolen over the past few months. Moreover, information was developed that led back to the 2002 Silver Ford Explorer. After the search of the vehicle, a large amount of suspected marijuana, over $6,000 in U.S. currency and prescription drugs were located in the vehicle.”

Sprouse is no longer a student at the college.

“Hampden-Sydney College has a policy where all firearms used for hunting or target shooting should be registered with the campus police and the weapon should be secured in the police station when not used,” Williams said.

The investigation is ongoing and more charges may be filed.