Russell Dove, who recently retired after 15 years on the school board, many as chairman, deserves the thanks of his community.  I served with Dove for eight of those years. Our stands on the issues were frequently different, but from beginning to end, he earned my respect for his integrity. He was invariably self-disciplined, empathetic and respectful of others. He was deeply committed to the schools, the students and the teachers and visited them frequently. He had personally experienced the school closures and knew well the continuing problems, but he was also forward looking and optimistic. He worked long and hard to improve the education of his community’s children and made decisions based on data and facts rather than bias or rumor. As chair, he was fair-minded, equitable and an effective builder of consensus.

Dove deserves the community’s respect and appreciation for his service. 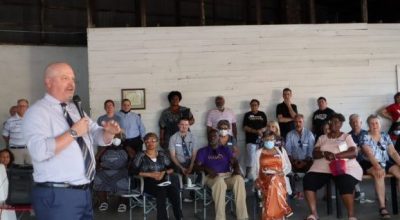