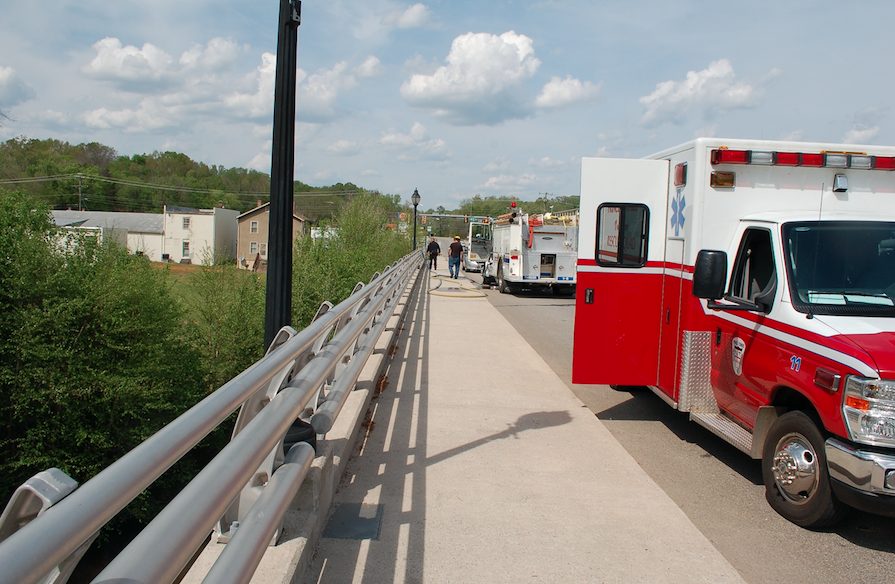 Firefighters were called to a small brush fire under the Appomattox River Bridge on Monday afternoon at about 3:30 p.m. in Farmville. Volunteers from Farmville Fire Department responded, along with the Prince Edward Volunteer Rescue Squad. The bridge is located on Main Street between Cumberland and Prince Edward counties.