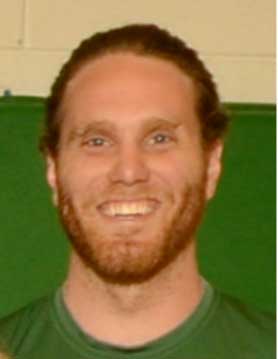 Buckingham County High School has started a varsity girls soccer program, which is currently ranked third in the in the James River District with a 1-1 record.

Previously, some of the girls played on last year’s co-ed soccer team.

“I wasn’t really sure if we were going to have enough girls for a team this year, seeing as the school had tried to get a girls team going before,” said varsity girls soccer coach Russell Taylor.

“There was a fair share of skepticism as to whether or not this girls team would actually come into existence. So, when I had 17 girls show up for tryouts I was pleasantly surprised.”

Taylor, who has coached soccer for four years, played for the Heart of Virginia Soccer Club in Farmville.

“Soccer has always abeen a passion of mine, so, any chance that I get to help young players learn the game is something that I’m going to want to do.” Taylor said that most of the players have very little, if any at all, experience in the sport, except four players who played on the co-ed team.

“These four players are clearly going to be the ones I lean on to help lead the others on the field. Rachel Temple and Sarah Whittington, my two captains, are the two I really rely on the most,” Taylor said. “They’ve both been around the game for more than a few years so they really know how the game works.”

Although the team is full of learning players, Taylor says that he has seen significant improvement in his team since the season started.

“The improvement I’ve seen just in the few weeks that these girls have been playing has been phenomenal. I’m so pleased with the way that they’ve played thus far,” Taylor said.

“Coming off of spring break we’re playing Goochland, who is one of the top teams in the district, so I’m really just trying to get the girls to focus on learning from these types of games and to not be intimidated by these teams that have years of experience over our team.”

Taylor has one senior this season.

The girls team will return to action Monday, when it travels to Cumberland for a 5 p.m. The Knights will then play on Wednesday, April 13, when they host Randolph-Henry at 4:30 p.m.

The Fuqua School varsity baseball team has only had five games this year and has experienced a shakeup in their... read more