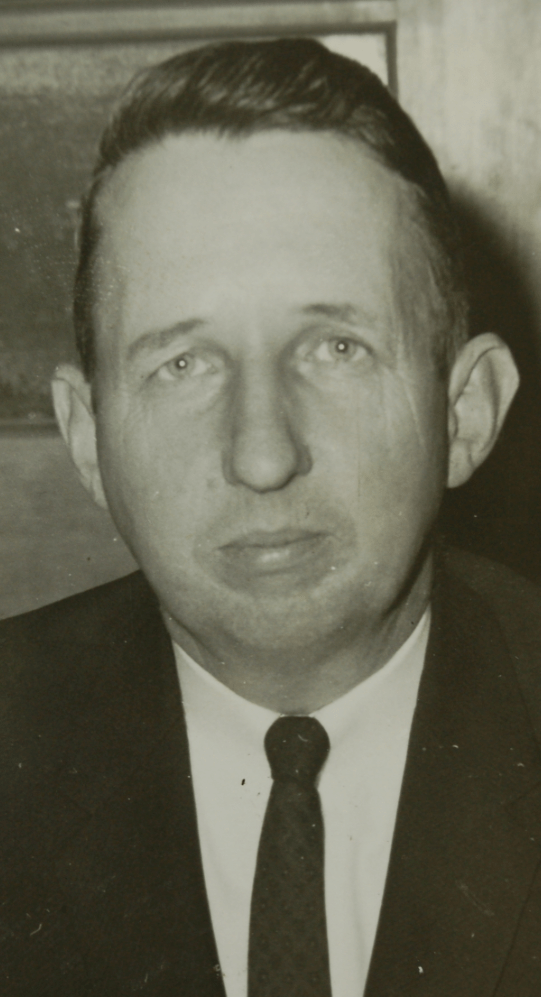 ‘You could depend on him’

Hall, who was 94 years old, was a World War II veteran, serving in Europe.

Hall and his late brother, Charlie, served as magistrates together for many years.

According to his obituary, Hall graduated from Buckingham County High School in 1938 and graduated in 1942 from Virginia Polytechnic Institute, now Virginia Tech.

“Tom was a good supervisor,” said Claude Morris Sr., who served on the county school board when Hall was on the board of supervisors. “He worked with the schools very well. I’ve known Tom for a long time, and (he) was really a nice fellow. You could depend on him.”

Morris said he and Hall worked on many projects together pertaining to the county schools.

“Well, one of them was the vocational school … because it was right much money involved. The board

of supervisors had to okay the bill on it,” said Morris, who served on the school board for 28 years, serving as chairman for 27, serving when Hall was chairman of the board of supervisors.

He remembers one night when the school board, led by Morris, and board of supervisors, led by Hall, met for about five hours. “When we got through, they called for a meeting right at the meeting … They OKed for us to go ahead with the school. I always found him very well to work with. And a very good friend of mine.”

Hall, who was known across the county as an avid Virginia Tech fan and supporter, joined the army and achieved the rank of sergeant while serving in World War II in the 70th Armored Division.

After the war ended, he returned to Buckingham, got married and co-owned and ran a local general store, the HJH Company, according to his obituary.

In 1951, he joined his father in operating the Virginia Dark Fired Tobacco Growers Association. When his father retired in 1958, Hall became general manager of the association until 1993 when he retired.

“From 1979-85 he co-owned, along with his son, Tom Hall & Son Trucking in Buckingham. He was a past president of the Virginia Agribusiness Council in 1975.”

While serving on the Buckingham County Board of Supervisors, Hall was chairman of the board from 1984-87.

“He would come by at least once a week, at least that,” said Bill Lewis Moss, who owns Moss Motor Company in Dillwyn. “We’d sit and talk. He was a good guy.”

“He and his brother, Charlie, both of them were in (Virginia) Tech at the same time, twins,” Moss said.

Moss said he would save up old newspapers for Hall so he could pick them up when he came by.

“We would just sit and talk about what was going on in the county … I really enjoyed it.

Hall was a lifetime member of Maysville Presbyterian Church in Buckingham and served as an elder.

A $500 donation from Centra Southside Community Hospital is enabling the most needy and low-income in the community to access... read more